The Cold, the Wet and the King – The Climate in Holland

A good, long, hard, sarcastic look at the climate in Holland

Remember those times you ran, bare foot and naked, through tall grass that tickled your belly button while the sun kissed your skin and unicorn foals played with you near the magical river? If so, that certainly wasn’t in Holland as far as the weather’s concerned – and regarding the unicorns and magical river I’d advise a good look at your medication.
Lets be honest, even as a loving Dutchman, Dutch weather sucks eggs. I would’ve said something else than eggs but ‘apparently’ we have young readers too and the SGP-Christian party is always watching and ever vigilant…

The weather in the May vacation

Anyway, if you have kids (the non-imagery kind), you may have noticed that right now is what the Dutch call “Meivakantie” – best translated as May Vacation or May Holiday. It’s a merry, merry time in the late days of April and early days of May – otherwise known in other countries as “Spring” but known to the Dutch Weather Gods as “Screw It”, if it were a soft drink it’d be called Diet Autumn. Because every season in Holland is Autumn – this one is just a mild Autumn with less sugar and more chemicals. Still, we’re all kind of addicted to Diet Autumn and we look forward to the next as soon as it’s gone.

It’s also the season that brings parents more than hyperactive kids pushing them to the brink of a nervous breakdown, it also brings us extreme delays at Schiphol Amsterdam Airport, high density traffic jams as well as Kings Day and WWII-related May 4th (Remembrance of the Dead” and May 5th (Liberation Day) – all are usually ‘celebrated’ in the meteorologically miserable month of April and the “I’ll-see-what-I-can-do” month of May.

We know that those of you coming from the globe’s more climate-blessed parts are ready to jump out of bed on the first days of April in a shirt, short pants and open shoes. We call those people ‘the deceased’ and we attend their funerals solemnly. In Holland, with high exception, do not expect any warmth those days. Expect grey skies, rain, wind and general cold. You may be pleasantly surprised at times, for about five to ten minutes, but don’t expect to make it through the month on summer warmth. It’s not going to happen and we’re not sorry. 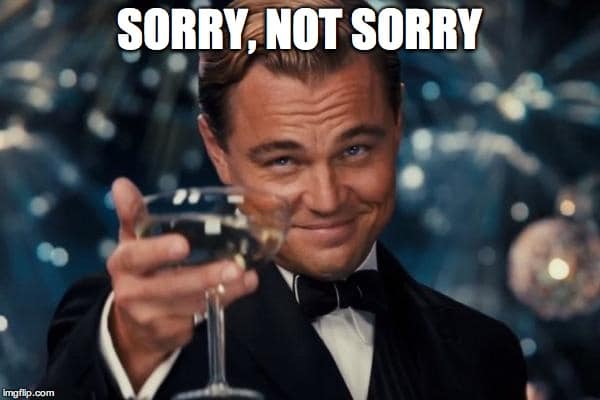 May isn’t much better when it comes to the climate in Holland, it’s like that old head-mechanic at your local garage – “Oh, you need your car back tomorrow, huh? My oh, my – you must be a busy person. Well… What can I tell you? We’ll try but don’t get your hopes up.” Cool. That’s cool, May – be that way. May is only slightly better than April but not much. May knows that the busy shifts are for June, July and August and that April isn’t making an effort either – why would it try hard? Just sit back, have some coffee and occasionally throw some sunshine and rain around if people really start to complain.

So this year? How’s the climate in Holland so far?

So what about this year? 2017 wasn’t the worst for April, we saw some sunshine (yes, ‘some’) around but nothing that will blow you away. For most of the month it was pretty miserable grey weather and at night we had what we call “Nachtvorst”, Night-Frost, and it was pretty bad some places. Sometimes you’d see a bright sky in the morning, put on your best outfit, jumped outside with a smile and get ambushed by the heartless Dutch cold that had been secretly waiting for you all that time. The bastard.
But wait! What about Kings Day!? The Day of Kings! The King of Days! It has to be good weather on Kings Day, right? Well…

So the weather on King’s Day will be:

I’m sorry, but it doesn’t look great, not necessarily a total terror but just not great. Predictions are that temperatures won’t reach over 10C, 15C is normal, so we’re actually talking about rather cool day. Unfortunately there will almost definitely be some rainfall, but on the upside the sun will be breaking through multiple times as well – but be sure to wear clothing that’s water tight or that you can pull over your outfit. Take it from a Dutchman, soaking wet and Kings Day don’t go well together when the temperature is ten degrees above popsicle level.
Weather will be best in the West of the country – cities like Amsterdam, Rotterdam and Den-Haag, and lesser in places like Utrecht and worse further East. But before you start packing for Amsterdam or Rotterdam – they are also the most crowded places you will ever see in your life and though police is making maximum effort, pick pockets or worse are also having a great Kings Day in the country’s biggest cities, if you catch my drift.

Regardless, Kings Day is almost always an enjoyable day. Personally, I like visiting the more calm parts of Amsterdam to buy my way through the Japanese community’s offerings if not just to enjoy their enthusiasm and spirit, but there’s always something to do for everyone. Parties are everywhere, everyone is looking to have a great time and even the cops let loose a little – there’s still law and order but they’ll let a thing or two slide. Regardless of where you go, everyone is in on it and if they’re not – well, you don’t need that kind of negativity in your life! This isn’t about the weather, the cold, the rain or maybe even hardly about the King – it’s about celebrating Dutchness. Are you in?

Party hard, spend your cash, feel Dutch and if you do see anything suspicious – report it in. Together we can make this a great and save day – regardless of the mercy of the weather.

Visiting Amsterdam for a weekend of boozing, smoking, and pre-wedding nonsense? You may have to rethink that party, as the...