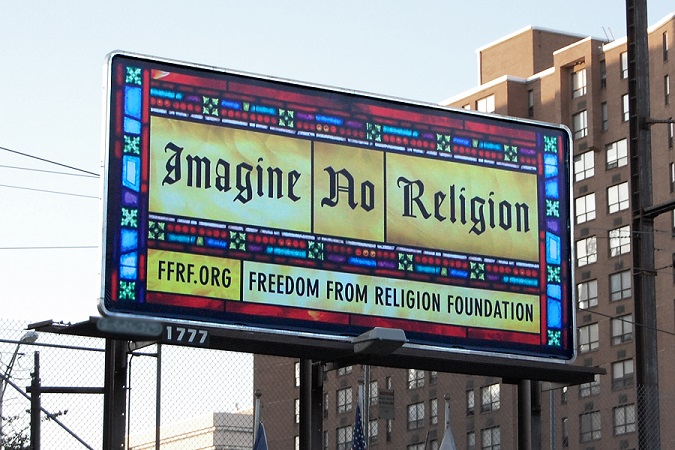 As long as The Netherlands has been a multi-cultural society, there have been concerns among the Dutch population that their districts were slowly turning in “Little Ankara” or “New Suriname” or whatnot. Newly build mosques, halal food stores on every corner, groups of elderly in the streets speaking Turkish, Arabic, or other foreign languages… Many of these are a thorn in the side to some pale-as-milk indigenous Dutchies, some of whom are openly calling for the ‘deislamification’ of The Netherlands.

While it is easy to dismiss these sentiments as coming from narrow-minded and racist people, it is a legitimate complaint when you feel like your culture is being taken over by an outside force. But cultural interaction is a two-way street, and not everyone is considering the opposite effect: the increasing secularization among young Muslims.

In a recent report by the newspaper Trouw, several thousand young Muslims were interviewed about how they experience their religion. The results may not be very surprising, but interesting they are still. In nearly all categories, the majority of young Muslims are gradually loosened from their religious upbringing. A very small minority (never more than 10%) practices various aspects of Islam with more fervor than their parents, whereas a sizable minority finds the religious practices and ideals of their elders less important than they.

Some interesting finds: a third of Muslims don’t wear the head-scarf as often as their parents do, and one out of four are less concerned about not drinking alcohol. The percentages of young Muslims being more strict than their parents were slim. In fact, the biggest outlier was found when the new generation was examined about reading the Quran: 10% say that they do this more than their folks.

The way of the future

Sociologically speaking, these finds may be good news. Western societies themselves have witnessed a strong and ongoing decline of religious beliefs over the last few centuries. While it’s never a closed discussion which way this casual relation goes, it can hardly be denied that these societies have at the same time also become more peaceful and more prosperous.

In the West, Christianity has been put under a bombardment of criticism. The increase of scientific understanding, coupled with materialistic philosophy and increasing skepticism about great narratives has made Christianity seem literally unbelievable in the eyes of many Westerners today. Western society, a product of christian ideas and values, has turned religion on its head, to the point where the philosopher Friedrich Wilhelm Nietzsche famously declared: “God is dead! And we have killed Him.”

A looser interpretation of the Quran and its teachings may benefit a multi-cultural society such as found in The Netherlands. As cultural divides between different ethnic/religious groups will become smaller, people may focus more on our similarities than our differences. Christianity has slowly slipped into the path towards ‘Somethingism‘ (a Dutch phrase, no less), and perhaps this is the way of all religions.