The Dutch Books Review: What to Read This Summer 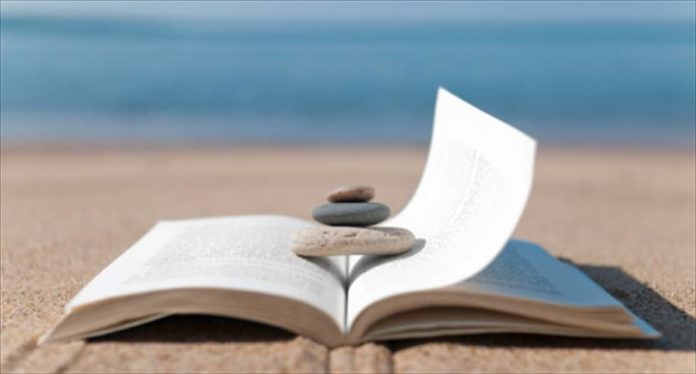 Finally, after a long, loooooong wait, the sun has decided to bless The Netherlands with an infinitesimal share of its nuclear power. Summer-time, Dutchies! So whip out those short trousers, bury all your shirts and sweaters, hog up on sunscreen and start an OCCUPY movement on the beaches, because you know this will never last long. The only question now remains: what Dutch books will we take with us to the beach? Because face it, you’re not going to spent the entire day swimming, and lying motionless in the sun gets boring after about one and a half minute.

So here’s a quick review of a few Dutch speaking authors you might want to consider spending your sunny days with. Or not.

When I read Mulisch’s Siegfried earlier this year, two things came to my mind: 1) the main character is one of the most pretentious, bloated and snobbish characters I’ve ever seen in a novel, and 2) the main character is entirely fashioned after the author of the book. Mulisch’s arrogance is the stuff of legends, and includes toe-curling episodes such as him claiming to be the personification of World War 2, and him openly questioning the reality of his own mortality. While these statements have been defended as being tongue-in-cheek, it is evident that the man has an ego that could fill a medium-sized solar system. But to give credit where credit is due: Mulisch was a fantastic author and I would highly recommend his novels, especially his magnum opus The Discovery of Heaven to just about anyone. That is, if you’re looking for a novel about friendship that is continuously interrupted by out of the blue lectures on astrophysics, the Holocaust, Gödelian mathematics, the marxist struggle for the abolishment of class struggle, and in-depth analyses of ancient mythology.

Verdict: four out of five stars, because one does not simply give the Mulisch a lower rating than that.

Oh, where to begin? Kluun became hot news a few years ago after the release of his autobiographical novel Komt Een Vrouw Bij de Dokter (the title coming from the set-up for a typical Dutch joke, as in: ‘So this woman walks into the doctor’s office…’). The novel covers, in great detail, a horrible tragedy, namely the sex-life of the author, which sometimes even includes his own wife. Kluun is the kind of guy who will hump anything that moves, the kind of guy about who Eddie Murphy once joked: “[When he] comes to my house, the fish stops swimming.” But it’s not all fun and adulterous games, because at certain places in the book, the fornication marathon is interrupted to explain how Kluun’s wife is dying. The punch-line of this literary travesty is that Kluun continues to cheat on his wife right up to the moment where she is about to give up her dying breath. Inexplicably, some people have defended his actions by saying that his adultery was the result of his inability to cope with his wife’s tragic disease; which does wonders to explain why he would cheat on her while she was dying of cancer, but fails to incorporate the fact that he cheated on her from day one.

No joke: I had tears in my eyes when I finished reading the book, but that usually happens when I have to vomit.

Harsh but fair verdict: Zero stars out of infinity, but only because the laws of physics do not allow negative stars (Unless multi-dimensional quantum-thingie black holes, or something, whatever. Kluun sucks.).

Editor’s note: the author wishes to let the world know that he has never actually read the book. He did reluctantly admit to seeing the movie in theater a few years ago, but claims that he only went because of peer pressure.

There is age-old wisdom circulating the world that one should never put ones dick in crazy. I heartily disagree with that on count of it being ten types of awesome. A better version of this saying would be: never get into a relationship with crazy, never marry crazy, and whatever you do in this lifetime, never ever ever have children with crazy! Frederik van Eeden gave us all a fair warning when he wrote a novel about a young woman who gradually becomes pants-on-head retarded. Van de Koele Meren des Doods (English title: ‘The Deeps of Deliverance’) is the cruel message from the dawn of the 20th century that some people, especially the psychotic ones, should not be trusted with your offspring.

Verdict: three our of five stars. The prose is pretty dry, but the moral of the story is one to cherish.

Brusselmans is pretty much the Kurt Cobain of novel writing, except for the whole living past the age of 27 thing. Long haired, gloomy, overtly cynical, and proud of it (though he doesn’t try very hard to show it, because trying would equal caring, and caring he does not). His novels – and they are legion – are mostly snappy ramblings about his everyday life in Belgium; a life revolving around alcohol, relationships, driving motorcycles, soccer, and the utter banality of everything.

Verdict: three and a half out of five stars, mainly due to the blackest of black humor and the occasional sentiment that strikes a chord (his memoirs about his mother are refreshingly touching without being overtly sentimental).

Like none other, Verhaeghen places the reader on the cross-roads between the subjective and the objective; between cold, factual science and the intangible magic of human experience. His most impressive novel, Omega minor, is an overwhelming trip that takes the reader back and forth between various focal points of the 20th century. Covering the horrors of the Holocaust without degrading it into a cheap gimmick for instant drama, writing erotic episodes without them being a vulgar incentive for readers to keep turning the pages, and incorporating subjects like quantum mechanics, Hindu mythology, cognitive science, and game theory without becoming pretentious (well, most of the time, anyway), Verhaeghen knows how to write what we’d like to call “the complete novel”; the literary Theory of Everything. I have never seen an author take on such an Herculean task while still managing to deliver. To steal a quip from Yathzee: “Absolutely sublime from start to finish and I will jam forks into my eyes if I ever use those words to describe anything else ever again.”

Verdict: five stars out of five. Verheaghen is without a doubt the best Dutch-speaking author I have read thus far in my life.

You’ve braved the Dutch housing market, secured your dream home, and now it’s finally time to settle in and relax....