And yet another election has passed our nether lands by. The Dutch love a good election. Well, maybe love’s a big word. Maybe it’s more like a lukewarm greeting with three kisses on the cheek.

We’re talking a 47% turn out here (down 8% from last senate elections), and that probably has to do with combining two elections into a package deal. So this time we voted or died for the  Senate (Provinciale Verkiezingen) and ‘Waterschappen’ elections (our body of dutch waterboards). Yes, our dikes get their own elections.  De waterschapsverkiezingen are a fascinating one, so if you can’t contain your curiosity about ‘de waterschaps’ elections then our very own Alba has got you covered!

But obviously ‘de waterschaps’ elections is the forgotten stepchild forced to move to the attic now that the sexy senate elections are held simultaneously. So without further ado, here are the most important bullet points from the Senate elections. 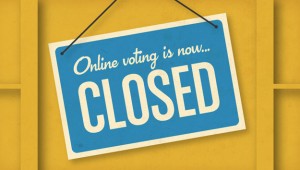 This funny thing happened to me when I entered the church turned voting booth spectacular. I turned in my voting voucher and my ID and I asked them why it the Dutch still can’t cast their vote online. Since the turn out for these elections is usually nothing to write home about why not at least bump up the number with a good old Digid login to vote?

They replied as follows. “It is not deemed safe. It could be hacked.”

Totally understandable… Oh wait. Are they talking about Digid? You know, that digital login code we use for our taxes with, our social security, for our healthcare and rent benefits , pensions and schools? Ah yes, that one!

So elections, that thing we do to trade old batches of politicians in with new ones, are not deemed safe enough for DigiD, but we do use DigiD for everything else? The loophole in logic would be hilarious if it weren’t so tragic. And we’re not even talking about the risk factors involved with offline voting, nor mentioning the extra costs and logistics involved.

Further writings on the wall to show our governance is sorely lacking in the new media department. But then again what country isn’t trying to catch the online bus that has already left the station? 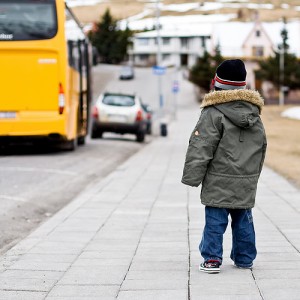 But on to the results:

So Holland choses safety and continuity for it’s senate. VVD, Our liberal party, is already in its second term ruling our house of representatives and apparently we are giving them the benefit of the doubt with a slight loss (From sixteen to thirteen seats). There were a bunch of corruption scandals here and there that stung VVD during the campaign leading up to the elections, not to ignore the recent resignation from our minister of Justice, Opstelten, for his sloppy administration upkeep and/or lying to parlement about a couple of million.

It hurt the VVD, but apparently Holland still loves Mark Rutte enough to keep em in charge and his prime minister as manager approach. And to be fair PvdA, our moderate socialist party, has had it’s own share of controversies in the embezzlement and fraud department.

Groundhog day for CDA, Groen Links and the PVV

Aside from that CDA, our biggest Christian party, and PVV, our conservative nationalist party, have both remained stable. CDA has risen a little ,going from eleven to twelve seats in Senate, and is slowly recovering from their post-coalition leading depression from the last decade. They already offered some eye gleamingly critical support now that VVD has lost its majority in senate which it currently holds in the house of representatives.

And if CDA is not down, Groen Links, the green party, has already offered to fix the potholes in exchange for some influence. Ever since their support concerning the war in Afghanistan leading up to the last general elections they have lost some credibility as an ideologically driven party and are having a hard time balancing their ideology with the pragmatism they have recently started practicing trying to play ball with the bigger parties. But they seem to retain a similar number of seats (five) so not all is lost.

PVV has lost one seat and clocks in at nine. I still consider it mind boggling that so many people vote for the PVV with the clearly bigoted and small minded yet catchy statements from PVV leader Geert Wilders.

To make matters worse: in a poll amongst Dutch teens it turns out PVV would be the biggest party if it were up to them. And as demoralising and infuriating I find it, Geert knows how to play the game and snatches the mic successfully every time. He represents a sentiment that is alive and well within Holland and all across Europe. It’s just sad that aside from the never ending provocations,  so much of his program is a sham and is impossible to execute. 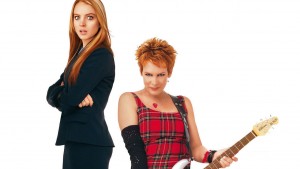 PvdA  on the other hand got the boot yet again from their electorate and we can all see the shoe imprint.  They have lost in all of their districts. They are down from fourteen seats to eight. They seem to be caught in a downward spiral for a while now ever since lucking out with a landslide during the last general elections and the punishing local elections the following year. They seem to be getting squashed in between D66’s more moderate liberalism and SP’s conservative, and way more hardcore, socialism.

And exactly those parties seem to be raking up the votes fallen from the PvdA tree. Poor PvdA seems to be having an identity crisis. It’s been a ruling party for such a long time that it seems to lack the flexibility as well as the responsivity in these changing times. Especially D66 seems their biggest threat and raked in ten seats, five more then previous elections.  That’s a lot of PvdA making a left or right turn. But let’s see how much longer Diederik Samson, PvdA’s party leader, can keep his party in check and avoid a coup. 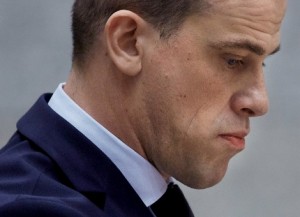 Well, that’s it for this election

Can someone let ‘de Waterschaps’ verkiezingen know it can finally leave the attic?