The French Election is coming: is it time to panic now?

So about this French election – by a Frenchie in the Netherlands

As you may or may not know, we, (in this case the) beloved Frenchies, are voting this Sunday April 23rd for the first round of our Presidential election. Since I know following politics when you are abroad is never the same thing as the reality of life (I myself had to explain things to people that were still following our election) here is what is happening and why I’m almost panicking. Almost.

Also, short disclaimer, but this is not a very objective article. This is my personal opinion and people are allowed to disagree obviously. So here it is from a Frenchie in the Netherlands, what is happening this French election? And how does it relate to the Netherlands?

What’s up? A short introduction to the current situation

Because videos speak louder than written words, and if you, just as I do, like John Oliver, here is a great very recent and quite accurate video.

Long story short, we have two candidates that have an inquiry about them basically for using public money with fake assistant jobs: Marine Le Pen with European money (funny considering she wants to leave the EU), and Fillon for hiring his wife and children. Just so you know, hiring your family in politics might apparently bring you almost 1,000,000€, it is really worth it. Oh, and then blame the people taking advantage of state money to explain why the French economy is not doing well. Well-thought strategy here. And they want to become the head of State. I personally have an issue with that but maybe that’s just me.

A lot of these eleven candidates running for office this French election have stated that they are running against the system. If anyone has an idea of what it means, please let me know. It’s especially funny when you look at the five main candidates who are Le Pen, Macron, Fillon, Mélenchon and Hamon. Four of them basically did their whole careers in politics, as parliamentary assistants, representatives, and even ministers.

Although he was never elected – but was a Minister, Macron, did THE administrative school in France, called ENA, that forms all senior civil servants. And after that he was high ranked in the Rotschild bank. Honestly I do not care what people do for a living as long as it is legal. But why would you say you are against the system when you are clearly a product of it?

Then we have small candidates that, unfortunately for them, have zero chance. Although they did contribute to the TV debates by stating what they thought instead of political talk.

Is it time to panic?

Yes and no. Unless a miracle happens, Marine Le Pen will be in the second round. The main question is therefore who will be against her? And according to polls it will be very tight. And you can’t really trust polls. First of all because well, that’s a rule: polls can say anything and everything and since they never interview everyone then they are not 100% trustworthy. And then you have 35% of French citizens that are still unsure. So votes can really change. And if they are as unsure as I am, they might make their final decision in the voting booth. So basically Sunday at 20h people will watch the TV feeling veeeery anxious. BUT it might also turn out well, who knows?

I do feel like this election can change a lot of things. If Marine Le Pen is elected, she said that she would hold a referendum to leave the European Union. And if the majority of the French people elected her as President, you can imagine that they will also vote to leave the EU. But she is not the only one, actually Macron is the only one who is fully in favour of the EU. All the others at least want to renegotiate treaties. Although that is a debate for another day, I have zero will to leave the EU. And, let’s face it, if France leaves the EU then the EU is over.

All the candidates also have very different ideas on how to help unemployment and the economy in general: provide more money, tax the rich, stop taxing everyone, taxing the companies, helping the companies fire employees, prevent companies from firing employees, deport foreign people, close the borders, colonize Mars (yes, this is not a joke), and so on and so on. So you have plenty of ideas to choose from, and yet we also have to think about the second round and who we would like to see against Marine Le Pen. Hence why many French citizens might choose a ‘big’ candidate such as Macron or Mélenchon, or even Fillon, to have someone they dislike less than they dislike Marine Le Pen. Yup, strategy voting here.

What about the French here in the Netherlands this French election?

Such a good question! Apparently there are more than 30,000 French expats in the Netherlands. I also have to say that I do not consider myself an expat but a foreign student. Although I technically live here, I still vote in France and am planning on going back to my dear home sweet home at some point. Depending on this election, ahem.

You could imagine that the French here would be, if not active, at least very interested in what is happening back in France and would vote. France is almost next door. And after all voting here, even though electronic voting was dropped this year because of cybersecurity concerns, is not that hard. Although you can only vote in Amsterdam or the Hague, the country is not too big so both cities are reachable. However, I recently discovered that the French abroad don’t vote too much. During the last election, the turnout was only 39%. I did not find the turnout for the Netherlands only, but as for the parliamentary election of June 2012, around 73% of the voters didn’t vote in the Benelux district. Yes, when the Netherlands has a turnout of 81%, the French community here doesn’t really vote. And I think this is a shame because voting is not only a right but also a duty. My motto in life, and more specifically in politics, is that I can’t complain about the result if I didn’t vote. So please my dear compatriots, get up and vote this Sunday and on the 7th of May.

Honestly this presidential campaign has been bad. None of the candidates really talked about big issues, such as education or health. Of course, they talked about unemployment, but besides that we mainly talked about terrorism, security, and religion. Yes, religion. Don’t even get me started on how many candidates had anti-Media speeches, which I don’t think is acceptable in a democracy. Plenty of French people are going to vote by strategy rather than conviction. Many citizens also said they wouldn’t vote, but this seems dangerous as well because some potential second rounds are just not desirable. Marine Le Pen might get elected, but it can also be other candidates than her that are just as bad. Of course, this is my opinion, and I am not pretending that I am objective here. To be honest, if Marine Le Pen is elected, or François Fillon who, to me, is not better considering the huge Penelopegate (have a look at it, honestly it is worth knowing), that will be life. I am not one of those people who will stay in France to demonstrate, because that will be the people’s choice this French election. Although I will demonstrate, and us French people love our demonstrations, if they want to pass laws that I disagree with. Them or any other actually, because I actually disagree with the majority of the political programs. But I do wish that the Trump drama taught us a lesson: please people, vote. Because having a bad President because people didn’t vote is a regret I do not want to have. 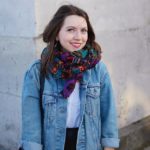