The Trials and Tribulations of a Taalcafe

Living in the NetherlandsLearn Dutch
November 7, 2016

So, for whatever reason you have chosen to learn Dutch. More specifically you have probably moved to the Netherlands and have become a bit overwhelmed with the pace in which Dutch is actually spoken!  Even the pressure of saying the simplest phrases, which you do know, can bring the strongest people to their linguistic knees. Or if you are like me, the language savvy Dutch switch almost automatically to English (putting you to shame) and all your homework is saved for another day. In which case there is only one answer (dramatic)… The Taalcafe!

The premise of a Taalcafe aka language café, is for a variety of language learners to come together within the cosy safe walls of a tea, coffee, cake or even wine selling establishment and practice their desired language. Whilst great for meeting people and providing a more relaxed and safe environment for you to fumble over your newly learnt words, the Taalcafe does come with some hilarious traits that throwback to perils of choosing where to sit at school! 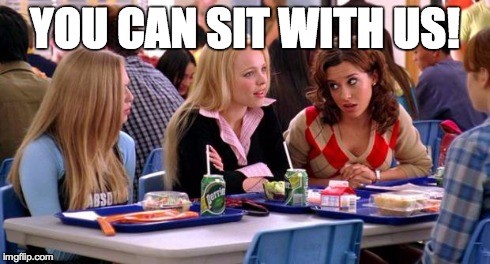 First things first, arriving. Most cafes are flexible in their schedule and operate on a ‘drop by as and when you feel like it’ policy. This allows you to still squeeze in a bit of self-improvement even if you are running late from work or are weary of being sat there for the whole 2-3 hours. Now if you arrive on time you can become one of two people; a Taalcafe ace who manages to speak to everyone at ease OR you can accidently get stuck in the corner, as a wall of chairs prevents you from smoothly getting out to speak anyone else and you spend the night making awkward small talk with those in your direct vicinity.

However, arrive too late and suddenly there are zero chairs to be had and you awkwardly decide to hang over some conversations before making excuses to leave, as you “could only stay for 20 mins anyway!” No chairs in the cafe? No problem, roll on in because everyone loves a newbie as most people have got the “Hello, how are you and what is your name?” down to T. Having said your name and reason for learning the Dutch language approximately 8-10 times you can begin to relax and start pushing those language skills you have been hiding! Now, don’t fret, you will be in one of these less than comfortable scenarios at least once! But after a false start you’ll quickly find the entrance that suits you best.

After overcoming the anxiety of arriving at the Taalcafe, we meet all the people (I jest, but we’ve all had those first day at a new school feelings!). In my experience there are three main categories of people. These three groups have their good and bad qualities and it is up to every Taalcafe attendee to try and strike a good balance between these characteristics in order to be, wait for it, the Taalcafe Ace! 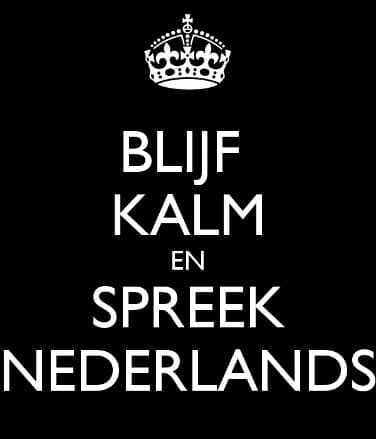 Eager, often animated and often on the loud side. They manage to seek out the native speaker within 3 minutes and corner them into a private conversation that turns into an unwitting tutorial being given by said, often pitiful, native speaker! The enthusiasm that emits from them is commendable but their social skills may leave little to be desired… Sweet in nature of course, they make everyone at the table cringe as they maintain their fixed conversational grip with the poor, overwhelmed native. To get the best out of this guy/gal  you must forcibly engage them in conversation and flip the tables to get them to teach you a thing or two! You may think you are being a bit forward, but trust me it benefits everyone!

The opposite character to the keen one. They are so quiet and unsure of themselves, that they can barely be heard over the ruckus of 30 or so would be linguists, who are babbling their way through introductions. This person probably has a ridiculous amount of language ammo up their sleeve but just aren’t quite confident enough yet to use it! They respond to everything you say rather well, but it is you I’m afraid who will have to guide this stilted conversation as they squirm in their seat! Perseverance is key with this one, the more they know you, the more they are likely to open up a bit… After all languages can be terrifying! 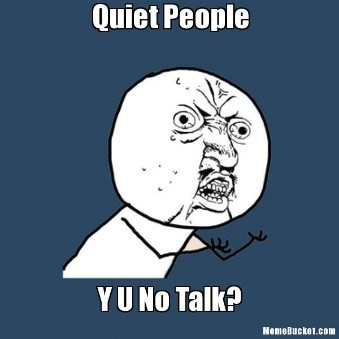 And finally, my favourite, the person who doesn’t maybe fully understand the concept of the Taalcafe and decides to prattle on in which ever language s/he desires! Imagine, you are sat at a Dutch table but this individual likes to try his hand at Spanish or throw in their newly learnt English words. No one really benefits and everyone kind of sits a little confused until they all realise that this person, is indeed, in their own world. And that’s okay. Their kooky approach at least breaks the ice for everyone else! Even if it isn’t as productive for them or the person directly next to them.

So there you have it, my own personal breakdown of the Taalcafe! Now the idea is to pull confidence from one speaker, the ability to listen from another and a bit of random fun and enthusiasm from the last. Having said that, there are plenty more hilarious stereotypes that you can come across in this linguistic party and my advice would naturally be; go and check it out for yourself! You’ll meet your own set off off-the-wall linguists, somehow fit into the mix and start showing off your Dutch skills to those that finally have the time to listen! You never know, you could become the elusive Taalcafe Ace!

Previous articleThings you need on a long-distance cycle trip in the Netherlands
Next articlePresident Trump or President Clinton: What will happen to us?