The Turkish Divide and the Paradox of Liberal Democracy

In his phenomenal treatise Suicide Note, philosopher Mitchell Heismann explores both the origin and the paradoxes of liberal democracy. One of his central questions is: “What happens when a tolerant culture interacts with not-tolerant cultures?” Does it accept it (and thereby let freedom wither), or resist it (thereby claiming that some cultures are better than others)? Liberal democracy quickly falls into the logical trap of considering itself superior for thinking that all cultures are equal.

Which brings us to the recent developments in Turkey. As well all know, the unsuccessful coup of July 15/16, which caused the death of almost 300 people, has left the country shaking on its grounds. The response of the government has been brutal.
The formula is well-known: following a conveniently brief and failed attack on the state, nationalist sentiments are roused up, thousands of people are arrested overnight (and left without access to legal aid), freedom of speech is further constrained, private schools are forced to close, and last but not least, intellectuals are either arrested, put under house arrest, or forbidden to leave the country.
All these things we have seen happening in Turkey.

Meanwhile, the ugly effects of this political drama are spilling over into the West.
Tensions between supporters and opponents of Erdoğan are high, and many instances of violence have already been reported in The Netherlands.

The day after the coup was suppressed, thousands of Turks took to the streets of Rotterdam. An illegal move (protests in Rotterdam have to been announced and approved at least 48 hours in advance) which was nonetheless tolerated by authorities. Exploiting all the benefits of life in a free society, the Turks voiced an unpopular opinion and went home undisturbed. A far cry from the reality in Turkey.

It’s difficult to say which scenario is worse: the Turks being unaware of this blatant hypocrisy  – using democratic rights to support a dictator – or them simply not caring. Whether by ignorance or by mere negligence, they’ve quite literally shown their colors.

As a final note, I’d like to say that this situation really affects me personally. I was thrilled to visit Istanbul several years ago, I loved the people, loved the atmosphere in the city. I loved the fact that it was both literally and figuratively a bridge between east and west. I was in awe when I saw the Sultan Ahmed Mosque and the Hagia Sophia. It seemed like a great country, the greatest counterargument against those who claim that a Muslim majority is a recipe for political disaster. 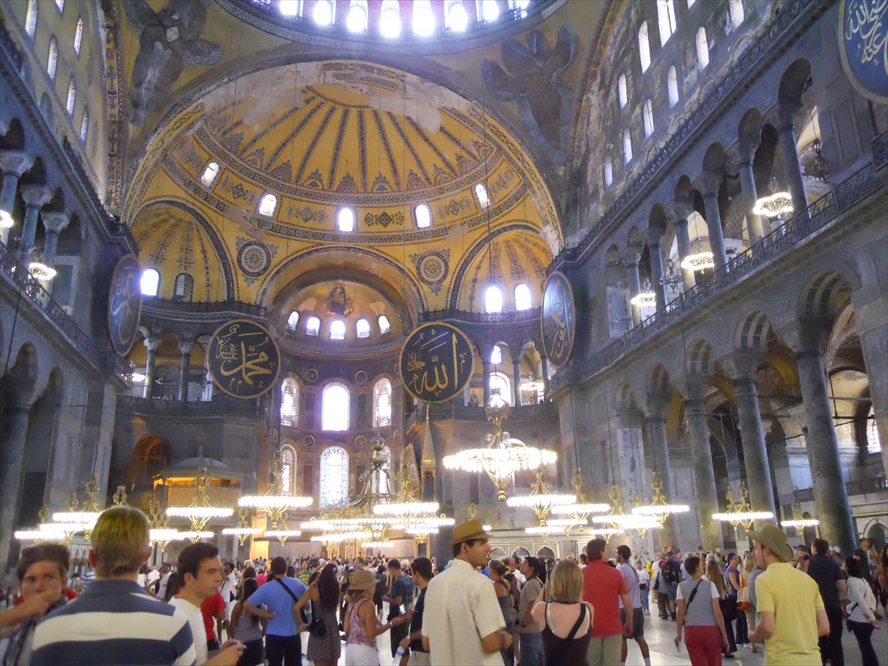 Now all of that is turning to shit. Turkey is on a collision course with totalitarianism, and no one knows where it will end. Erdoğan is turning the dream of a progressive and secular nation into a despotic nightmare.

So next time you hear about an earthquake in Turkey, remember that it has nothing to do with plate tectonics. It’s just Mustafa Kemal Atatürk spinning in his grave.