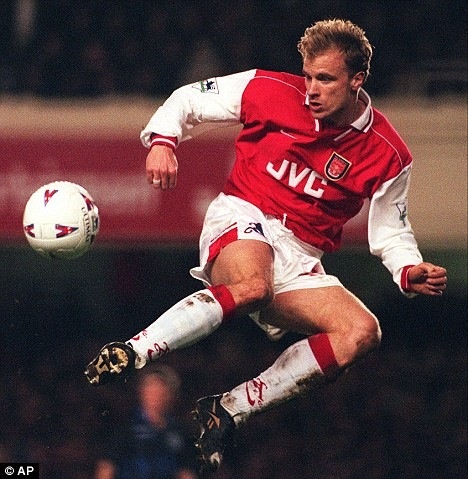 Memphis Depay, the supposed new Dutch wonderkid, has transfered from PSV Eindhoven in the ‘eredivisie’ to Football giant Manchester United and things aren’t going that well to be honest. Will Depay ever make it to the eternal squad of famous Dutchies who have left their marks in this league?

Twenty teams, thirty eight matches, the “big four” dominance, and the most popular league in the world. This is none other than the Barclays Premier League, or more commonly known as the English Premier League (EPL). Arguably the best league in the world, as it is watched by millions globally, spanning from the rising sun of Japan to the western shores of the United States of America. Yes, over the past few seasons we have witnessed the likes of Cristiano Ronaldo, Luis Suarez and Gareth Bale  deciding to swap the Big Ben of London for the Mediterranean sun in Spain. However, this has not deterred the status of the EPL as one of the best football leagues. The intensity of the game, the physical nature and the entertainment value can hardly be bettered by any. La Liga and Bundesliga  certainly have made exceptional claims for the ultimate powerhouse of global football, with breathtaking displays in the UEFA Champions League. Nonetheless, the worldwide audience of football still tilts the favor towards the EPL, as its popularity continues to grow even more by the day.

Over the years, we have seen countless foreign talents flooding the shores of EPL. Some of these talents have been massive hits, while there’s without a shadow of doubt that there has also been quite a number of  embarrassing flops.  Nevertheless, the Dutch contingent in the EPL has been steadily growing, especially on the back of impressive performances during the World Cup 2014. The arrival of Daryl Jaanmat and Daley Blind has certainly added to the Dutch clan here in the EPL, already featuring the likes of Robin van Persie,  Tim Krul and Ron Vlaar. However, the biggest post World Cup arrival in the EPL surely has to be Louis van Gaal himself.  His arrival is now expected to spark the incoming flow of even more exciting Dutch talents such as Memphis Depay and Kevin Strootman. In relation to this, let us take a walk down memory lane and reminisce about the top Dutch talents to find ourselves the ultimate Dutch XI, consisting of the most gifted Dutch footballers to ever grace the English turf, since the formation of the Premier League in 1992.

In every squad, the forwards and the attacking midfielders are commonly the one’s that receive all the fame and glamour. Their entertainment value is second to none. However, the importance of the defenders must not be underestimated. It is said that strikers win you games, but defenders win you championships. Therefore, the defenders in any football squad form the backbone of success. The first member of this star-studded Dutch XI  is certainly none other than Edwin van der Sar  . The towering Manchester United goalkeeper has enjoyed a career that would be the envy of any footballer out there. His talent simply cannot be put in words. Next, we will need a back four worthy of claiming a place alongside Edwin van der Sar in this Dutch XI. We shall begin with Mario Melchiot  as the right back in this squad. He has definitely made a name for himself in the EPL, following an impressive career most notably with Premier League giants, Chelsea. In addition to this, Jaap Stam  joins his fellow countrymen as a part of the backbone for this squad. Winner of the prestigious UEFA Champions League and multiple Premier League titles, he surely deserves a place in this starting XI.  Next up, Arjan de Zeeuw arrives to form a rock solid partnership with Stam in the center of defence. This no-nonsense center back won the hearts of players and fans as he was voted the club player of the year in 2001 and 2002, along with the captaincy during the 2004-2005 season. Finally, Giovanni van Bronckhorst completes this defence line-up as a left back.   Although his career in Arsneal was hampered by injuries, there is no doubt on his quality and class in the heart of defence.

Lose the midfield battle, and you will never win a football match. This has been proven on countless occasions. Midfielders are without a doubt the driving force of a squad, the engine room. Be it probing forward on a slick counter attack, or charging back to aid the defence, the midfielders are constantly on the move. Nevertheless, the Dutch have produced some of the most gifted midfield players over the years in English football. Let us take a look at  the midfield line-up of this Dutch XI. First and foremost, Arjen Robben. He is no stranger to the EPL, having enjoyed an amazing spell with Chelsea. Constantly making a mockery out of defenders with his speed, agility and that deft left foot of his, he certainly has earned his spot on the right wing of this starting XI. next up, for the heart of midfield, there would probably not be a better option than Ruud Gullit. By far, the most versatile player of his generation, with his ability to play in defence, midfield or as an attacker. A player of his quality would be a dream for any manager. Moving on, to complete the centre of midfield partnership, in comes Rafael van der Vaart . He lit up the EPL with his exceptional vision , his eye for goal and his ability to play an inch perfect pass. It would be a forward’s dream to have a player of his caliber pulling the strings in the heart of midfield.   Last but not the least, Marc Overmars will be deployed on the left wing to complete this glittering midfield cast of the Dutch XI. This flying winger surely has pace to burn and formed a devastating partnership with another fellow countryman (you can have your guess on this one 😉 in the Arsenal shirt, that left even the best defenders with harrowing nightmares.

Forwards, strikers, attackers. Call them whatever you would want, but there is no doubting their importance to the team. These are the players that gain the most fame and popularity, and why wouldn’t they? After all, these are the players that you can count on to grab that last minute title clinching goal. From the glamour boys-underwear clad billboards of Cristiano Ronaldo and Neymar, to the brute force, powerhouse men of Diego Costa and Didier Drogba, I can strongly say that a striker is the spearhead of a team. Now what about the forwards of this star studded Dutch XI? Well, first and foremost we have Robin van Persie. Having emerged under the shadows of Thierry Henry, he has set the EPL on fire with his left boot. Following a blockbuster career with Arsenal, he moved to Manchester United in search of trophies (look away Arsenal fans). In his first season itself, he propelled the red devils to the league title, earning a spot in the starting XI of this Dutch contingent. Last but not the least, the final piece of jigsaw to this Dutch puzzle, and arguably the best Dutchmen to ever grace the turf of England, ladies and gentlemen I give you Dennis Bergkamp. This talismanic forward was the spearhead of Arsenal, forming a deadly combination with Thierry Henry. He won the hearts of every football fan, even from rival clubs with his exquisite touch, guile and sharpshooter-like finishing abilities. Its is fair to say that Dennis Bergkamp is the pearl of the ocean, in this pool of Dutch talent in English football. Therefore, he is my choice to lead this glittering Dutch XI, as a captain.

Conclusively, this team has it all, experience, quality and class. They have each contributed a significant amount towards the growth of English football and certainly deserve recognition for their blood, sweat and tears. As a result, ladies and gentlemen, I give you the ultimate Dutch XI of the EPL.

Previous articleWhy didn’t they tell me? – A handbook for visiting the Netherlands
Next articleFree Speech and “Fuck de Koning!”