Who Cares About Dead People, Anyway? 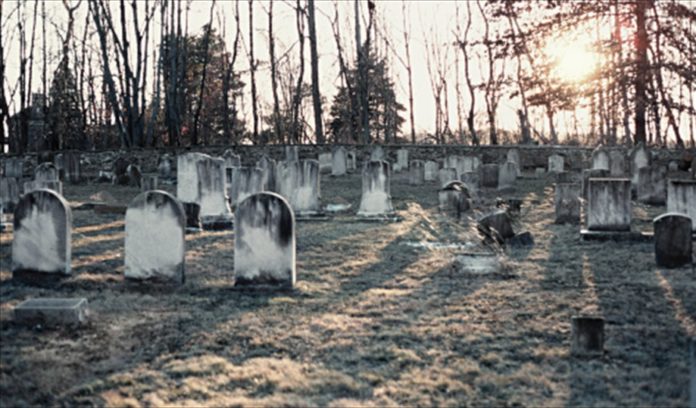 Today is May 4th, and in the Netherlands this means two things: 1) at eight o’clock there be will the annual Dodenherdenking (“Commemoration”), where we collectively remain silent for two minutes so as to remember those who died in World War II, and 2) there will be lots and lots of arguments about it before hand. Arguments about who (not) to commemorate, arguments about how to commemorate, and arguments if there is to be commemorated at all; because every year the notion is heard that, perhaps, it’s been long enough and we need not force a feeling of grief upon a nation.

But controversy over how to best deal with those who breathe no more is nothing new. Observe:

Darius, a king of ancient Persia, was intrigued by the variety of cultures he met in his travels. He had found, for example, that the Callatians, who lived in India, ate the bodies of their dead fathers. The Greeks, of course, did not do that – the Greeks practiced cremation and regarded the funeral pyre as the natural and fitting way to dispose of the dead. Darius thought that a sophisticated outlook should appreciate the differences between cultures. One day, to teach this lesson, he summoned some Greeks who happened to be at his court and asked what it would take for them to eat the bodies of their dead fathers. They were shocked, as Darius knew they would be, and replied that no amount of money could persuade them to do such a thing. Then Darius called in some Callatians and, while the Greeks listened, asked them what it would take for them to burn their dead fathers’ bodies. The Callatians were horrified and told Darius not to speak of such things.

To avoid a law-suit: the above quotation is from the book The Elements of Moral Philosophy, 6th Edition (Rachels & Rachels, 2010), summarizing a well-known excerpt from Herodotus’ The Histories. It’s an excellent and easy to read introduction to ethics, such as the above introduction to moral relativism. But I’m not here to advocate an “anything-goes” attitude towards morality: some things simply are right or wrong and there should be consequences for certain acts. For example: if I am ever made dictator, anything who chews and talks at the same time will be banished to the North Pole. But never mind that: my point here is of course (aside from the fact that history is awesome) that the public act of honoring the dead is always an expression of the values of the living. Because in Herodotus’ story, we hear about kings and common folk, about Grecians and Indians, but who isn’t complaining about the way the dead are treated? That’s right: the dead themselves, being way too laid back to care about such things. And this is precisely why some object to the Dodenherdenking: because some of those living have made a moral claim over the dead, and have used past injustice to justify today’s politics.

This is precisely where I think that a national and government-ordained commemoration such as the Dodenherdenking fails: it tries to find common, moral ground where there is none. By that, I don’t mean to say that there is no common ground about the massacres of WW2 being a horrible thing that never should have happened (few would object here), I mean that there are as many ways to commemorate the dead as there are commemorators. The discussions about who to commemorate often focus on whether or not to include people who have died after the timespan of 1940-1945. And then there is another group of people who want to include the German soldiers who are equally dead. Shit storm ahoy! The main argument against an all-inclusive Dodenherdenking, of course, being that we should pay tribute to the victims and not to the perpetrators, even though this black/white vision of the past is blatantly wrong and dangerously naive. The danger of identifying everyone in the German armies with monsters such as Adolf Hitler or Josef Mengele is ignoring the fact that an entire nation cannot consist of “bad-guys”.

The top-down approach of committees telling an entire nation who they should or shouldn’t keep in their thoughts when honoring the deceased is not about the dead, it’s hardly about morality and it’s more about culture and politics. I don’t think that awareness of the past comes from an annual ritual that is the result of a political tug-of-war. Instead, what I think is more important is proper investigation and education on the roots of totalitarianism, on the scientific studies on human cruelty, and on preventing atrocities from happening again. People are already free to remember those who they want to remember whenever or however they feel like it, I see little need for rituals.