Every generation needs its Fear: that one horrible thing that so many are afraid can happen at any time and completely wreck our lives. It can be tempting to think that we secretly want to have this Fear, so that we can at least agree with each other on what we don’t like and what we don’t want. In the post-9/11 world, few fears work better in this respect than the fear of terrorist attacks. And few things reflect this better than our response to the ongoing refugee crisis.

Case in point: Rotterdam, Friday, September 18th. Chaos all around Central Station as dozens of train rides are canceled and many platforms are locked off by the police. The reason? A man had ran into a train, locked himself into the bathroom and simply gave no more response. After futile attempts to get the man to leave, large parts of the station were cleared and a special arrest team was send in.

It’s easy to write this incident off as mere paranoia, when we have learned that the man had no weapons and had to be evacuated while hyperventilating in a state of complete confusion. But that’s the hindsight fallacy of calmly judging a situation after it has passed, with all the necessary facts ready at hand. The point here is not so much to say that this response was unnecessary: it was indeed a suspicious situation and it was wise not to take any chances (after all, there were over 300 people on board of that train and many more in the station). Rather, the point is one that I’ve made before: namely that our response to the terrorist threat can be more damaging than actual terrorist attacks themselves. A pressing example: Belgium traffic police officers who transfer man-hours from alcohol checks to terrorist watch, even though driving under influence kills more people in Belgium yearly than terrorism ever has.

In what is undoubtedly Eurocentrism at its finest, Western people often seem oblivious to the fact that the vast majority of Muslim terrorist attacks are targeted at other Muslims. This fact simply cannot be overstated in this discussion: we so often think of Muslims as perpetrators of terrorist attacks that we forget that they usually are the victims as well. 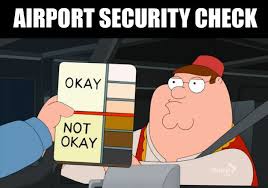 This all ties in to the response to the ongoing refugee crisis in Europe. Populists media outlets such as GeenStijl are continuously rousing up feelings of unease and fear. A single look at their front-page will show you how their ‘snappy’ writers pejoratively refer to the refugees as sloebers (‘slobs’), uitwassen van inheemse oorlogen (‘excesses of indigenous wars’), or lichtgetint (‘lightly colored’, because it’s very important that we’re constantly reminded of our racial differences).

Another sign of the times? The official Geert Wilders Twitter feed, a beacon of easy to swallow populism and xenophobia going out to roughly 646,000 followers. Amidst all the #grenzendicht (‘borders closed’) tweets, readers are served terrifying news of the Islamic conquest of the Western world, such as the Islamist jihad against Oktoberfest!!!

That’s right, the Islamists will stop at nothing to utterly destroy Western society from the inside and have now taken aim at the most glorious collective beer binge on the planet. All the reason to panic, of course. That is, as long as you are scared of an on-line petition with a whopping 250 signatures. I’ve seen better attempts at cultural destruction when people claimed that Pokemon equals devil-worship.

And when he’s not throwing out these absurds claims of a supposed Islamic invasion of Europe, Geert Wilders is also not above referring to the refugees as “smugglers, jihadists, and fortune seekers.” Because you know, looking for a better life such as one that doesn’t involve all-out civil war is a bad character trait now.

Well, that’s enough about the rampant xenophobia in our society for now. To end this article on a more up-beat note, there are of course many positive responses coming from the Western societies. Those of you living in The Netherlands who want to make a small contribution to the fate of the refugees can seek out one of the many inzamelingsacties (gathering of goods) to donate clothes, toys, and/or welcome messages to refugees arriving in The Netherlands. Because we all know that there’s nothing wrong with being a bit compassionate every now and then.

Previous article
The WJC will always be worth the investment
Next article
The Loft: When an International Audience Questions our Intentions