Why a Trump drama can be avoided in the Netherlands: the Dutch political system

It’s been a few days now since Donald Trump got elected as the 45th President of the United States – despite Hillary Clinton winning the popular vote, holding on to that. As many people in Europe, my first thought was: “okay, Brexit and then this, we’re the next ones”. Especially considering the elections coming next year in several European countries such as France or the Netherlands. The perfect occasion to talk about the Dutch political system and why a similar situation with a President ruling the country with his party cannot happen here. Not to mention it is always useful to know how politics work in the country you live in.

First of all, the obvious: there is no president in the Netherlands but a King, Willem Alexander. If you didn’t know, it is his birthday we celebrate each King’s day on the 27th of April. The Netherlands is a constitutional monarchy, meaning that the king’s power is limited in and by the constitution. Speaking of the king, did you know that the first king of the Netherlands was actually French? Yes, sorry about that but us French tend to be everywhere as we want to rule everywhere and everyone. Louis Bonaparte, brother of the worldwide known Napoléon, became king in 1806, ending the Batavian Republic. The whole country became then annexed by the French empire in 1810, before becoming a free country again in 1813 and officially in 1815 with a new king: Willem Frederik van Oranje-Nassau. The Oranje family is still reigning nowadays.

Now what does the King do? The role of the King is described in the article 42 of the Dutch constitution, in which it is written that the king is part of the government with his ministers, and that he is inviolable and that only the ministers are responsible. The king however is not the head of the government, but the head of the State. The ministers therefore do not answer to him, but to the Prime Minister. The inviolability part might sound as if it was giving him full power without risking anything, but it actually limits his power. Indeed, if he is not responsible, then he also cannot make the decisions, and he has to follow the ministers’ ones. He cannot refuse to sign a law, even though he personally disagrees with it. The king has a duty of representation and not of decision. So no worries, the Netherlands is still a democracy and the King actually has little power.

In Dutch the Staten-Generaal, which is composed of two Chambers: the Senate (Erste Kamer) and the House of Representatives or Lower Chamber (Tweede Kamer). The first chamber has 75 members elected by the members of the States-Provincial; the Second Chamber has 150 representatives who are elected through party-list proportional elections. The latter is the main chamber in Parliament. They discuss legislations, can initiate laws, and they also review the government actions. They can also vote motions of censure, leading to the demission of one minister or of the Cabinet. Both vote laws, but the Second chamber is the one discussing and approving them, before they pass it along to the First chamber which can only approve or reject them (or that is how it used to be, this chamber got more political as well).

After the elections, the government will be formed depending on the main parties elected in the lower Chamber. The difficulty there is that for one party to be able form a government on its own, it needs to get the absolute majority of seats meaning 76. Which never happened so far, as the proportional representation system allows many parties to be represented. There are currently eleven parties represented (or even more if you count all the ‘dissident’ parties now), so you can imagine how hard it would be to have one absolute majority here.

Now back to why a common situation as what is happening in the US right now (aka the Republicans controlling every power institutions) cannot happen in the Netherlands. And why therefore we should remain positive. One reason to that is that the country is ruled through coalitions! As there is usually no absolute majority party in parliament indeed, parties have to cooperate and work together. The current coalition in the government, since 2012, is of the Labour Party (PvdA) and the People’s Party for Freedom and Democracy (VVD). And they have to agree on working with each other. Therefore, for the PVV to be in power and rule as they wish to, other parties will need to agree on working with them too! Which, for now, is not happening. 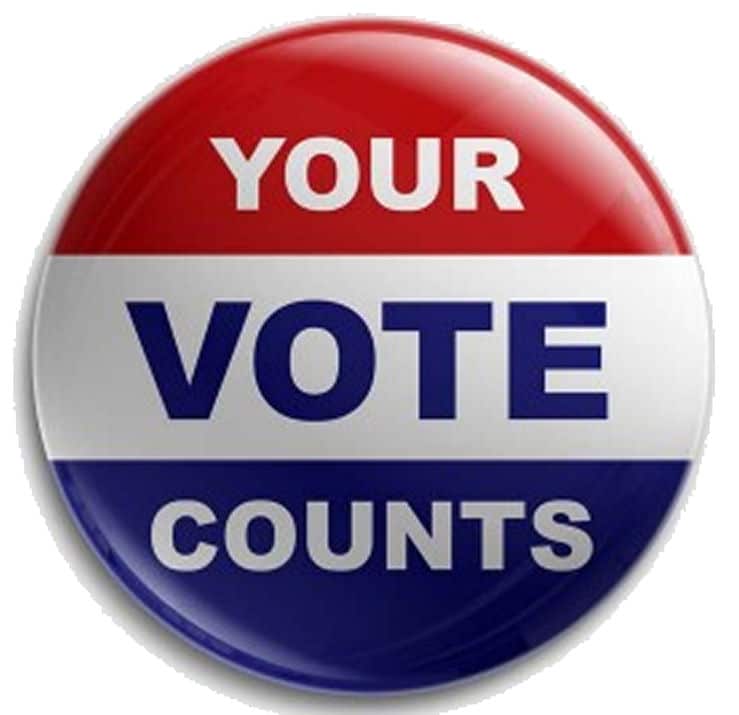 Still, my conclusion of all the political mess happening all over the world is that voting is a right but it also is a duty. For all the people that cannot vote, for the centuries during which we could not vote, we should nowadays be grateful for the right to vote and use it. I myself do not always want for someone, but I prefer to go and vote ‘white’ rather that not vote at all.

Previous articleSay what now, a fashion library?
Next articleThe Grown-ups Guide to Cycling in Holland