Why didn’t they tell me? – A handbook for visiting the Netherlands 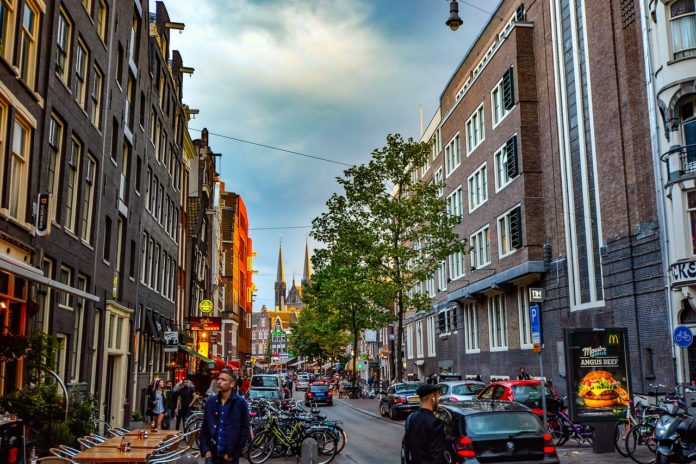 I’ve been frequenting The Orange Lands for a good many years now and when I first came over I had very little idea of what to expect. In this post I am going to share with you the things that I wish they told me from day one.

Generally my wardrobe varies from a combination of jeans and a blazer, the occasional statement scarf and the need for ‘office dress’ which is some variation of a suit and shirt etc. The summer will see me in the odd flowery dress too. So there is a lot of variation in my wardrobe, I can dress for any occasion.

Another thing worth noting is that brown shoes will go with EVERYTHING in Holland. They are a fan of the humble leather brogue as am I. This love for worn out denim and soft leather handmade shoes is the backbone of what makes the Netherlands and I so compatible.

They’ll tell you ‘my English isn’t very good’ but it is. They lie – it is better than you can imagine. What they think ‘isn’t very good’ is like Higher Level language to us. Even the people who say they don’t speak English know what you are saying to some extent.

The reason for this, in my opinion, is that TV shows and films are in English, the business world negotiates in English too and schools teach English to Dutch children from a very young age. So their excuse of ‘me speak no english’ just do not wash with me.

They have to know some English, but their own language is just a bonus. One of my Dutch friends told me how much they enjoyed listening to the English peoples conversations on holiday and how they could openly talk about people on the adjoining table because very few people that aren’t Dutch speak Dutch. Cheeky right?!

#3 They are TOO honest

I think travellers venturing there for the first time need to know. They will be honest with you and upfront about it. Have you over done the perfume? Yep they’ll point that out too. It’s great.

I’m quite free with my taste buds I’ll try anything, and my goodness do you need that approach over here. I think food and bonding over eating seem to be an important part of their culture. The Dutch eat a lot and considering they are all tall and beautiful it goes against nature for all the fried food they eat.

The King is more of a McDonalds guy:

Kroketten  – Not my thing. I’ve tried them out and didn’t like them. I tried some that were homemade and they were in a different league! Super lekker!

Frikandellen – These are good. I am more of a ketchup girl than a mayonnaise fan but still they are good.

Chips / Vlaamse Frites – Who does like chips? And they come in a paper cone, not Styrofoam. Their chips are leagues better than ours. Apparently the trick is frying them twice. Oh the calories! Please note that if you say yes to sauce they will pump a gallon of it over your food. I am a minimal sauce kind of gal!

One of my English friends had never had mayonnaise with chips before…Amsterdam changed her! (see 1:29 on the video!) Vincent (John Travolta) tells Jules (Samuel L. Jackson) about the little differences regarding life in Europe – note the mayonnaise reference.

One of the major things that put me off living in Holland would be the amount of weight I would gain! I can’t look at too much fried stuff without bloating up to the size of a house. I just couldn’t do it! Maybe it’s the cycling that counter acts it?! Yep. Definitely the bicycles!

Have you experienced these Dutch phenonemons? What would you add to a handbook for the Netherlands? Let us know in the comments below!

Divorced? A freelancer? British? Not everyone has 10 years of payslips behind them. Here’s how you can get a mortgage...
Read more

Loving the busy city scene that comes with living in The Hague but looking for a wander in the great outdoors? Well, you’re in...

The Dutch vaccination strategy has encountered another bump in the road. Rare cases of thrombosis may now also be linked to the Janssen vaccine....
Current Month