K-pop in the Netherlands

K-pop in the Netherlands is becoming more mainstream, and Korean artists have concerts here all time. Here is everything you need to know about this global sensation.

K-pop is short for South Korean pop music. It has been slowly gaining popularity since the early 2000s. However, in 2012 something phenomenal happened, which shot this genre right into the mainstream media. This something is called ‘Gangnam Style’. While K-pop had a huge following before the funny dude with the horse-riding dance, Gangnam Style really made the world pay attention to South Korea and its booming music industry.

K-pop is usually famous for producing a large amount of groups with a large amount of members. These boys and girls train for years at entertainment agencies before they are chosen to debut. Think of it as an art academy where competition is really fierce and very few make it to the final cut. K-pop groups are known to be able to both sing and dance, as well as act. The music, as well as the music videos, are of very high quality and everything looks almost perfect. Hence, the many reasons why people enjoy K-pop.

Many K-pop concerts in the Netherlands

Lately there have been many concerts by K-pop groups in the Netherlands. Groups such as Monsta X, KARD, Dreamcatcher, and F.T. Island have visited Holland over the past year to perform for their Dutch fans. On the other hand, rapper G-Dragon from the group BIGBANG held a concert last September at Ziggo Dome in Amsterdam. Fans went so wild that the merchandise was sold out within the first 15 minutes (I would know because I couldn’t buy any!).

KARD in Rotterdam (I’ll admit I was there too)

Another group that will hold a concert at Ziggo Dome in October is BTS. This talented boy band became the first Korean artist to top the U.S. Billboard album charts. They’ve also been guests on The Ellen DeGeneres Show, and have a massive fandom across the globe. Their concert in Amsterdam is just one stop of their world tour in 2018. As K-pop becomes more mainstream, we are bound to have more Korean groups performing in the Netherlands.

The Netherlands has its own K-pop star

Yes, the Netherlands also has its own K-pop star! Born to a Dutch father and a Korean mother, Jeon Somi is currently one of the most trendy K-pop artists. She shot to stardom after winning first place in a reality competition called Produce 101. The show can be best described as X Factor meets Survivor. This reality show is a large-scale project where the nation gets to ‘produce’ a girl group. Out of 101 contestant, only 11 make it to the final cut by showcasing their talents in a number of missions and getting the viewers to vote for them. Somi made it to the group after receiving 858,333 votes and placing first among all the other girls.

So this is K-pop in the Netherlands in a nutshell. Are you going to give K-pop a try? Or are you already a hardcore fan who has been to all the K-pop concerts in Holland? Let us know in the comments below! 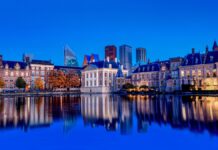 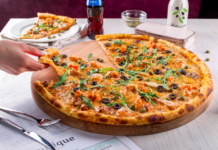