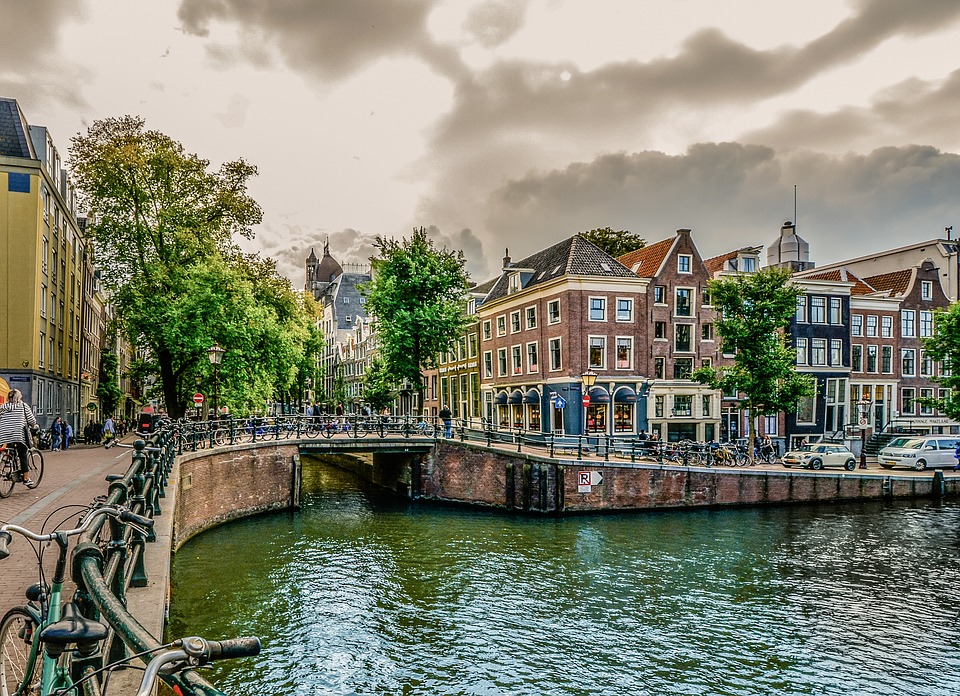 You mean to say it’s not sunny?!

We all got it wrong last week when we thought the sun would make an appearance. We were all staring at the weather forecast and praying that it would be true. Unfortunately, the Netherlands having rain for the next week is very unlikely to be wrong this time (we can all pray that the sun comes out).

So yesterday was the same old dreary grey January day for most of us, with a bit of rain with temperatures almost reaching double figures. Unfortunately, it’s forecast that this will be the same theme for the coming week.

Like the good old traditional Dutch weather, today is filled with every weather possible. It’s been predicted that the sun, rain and thunder could make an appearance. It’s one of those days where you don’t know if you’re coming or going, so be prepared for any weather. 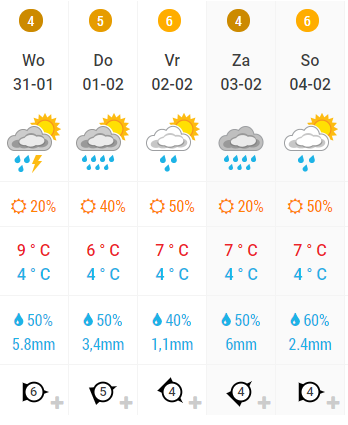 It’s another one of those days where both of the sun and the rain will make an appearance. Unfortunately it’s mainly going to be a grey day for most of us. It’s also going to get increasingly windy, but it’s probably going to feel like nothing after that code red storm recently.

On Thursday we are blessed with even more heavy rain showers, with a chance of sun.

Again, there is rainfall expected, but thankfully nothing more than a shower. The sun may also break through the clouds from time to time. For the East, this is likely to be the best day of the week.

Saturday is predicted to be the worst day of the week for bad weather (but not like we notice because it’s always bad)! There is heavy showers, grey skies and the sun is not planning on making an appearance either. It’s not too cold (normal temps of around 4-7 Degrees Celsius). Maybe a day to stay in.

Like pretty much all of the other days of the week, Sunday brings us rain showers, angry looking clouds and the slim chance of the sun breaking through. So no good news here, I’m sorry.

I probably could have cut this short and said ‘chance of rain every day’, but you never know, let’s hold out hope for a little more sun!