10 Essential Ingredients for baking a Wilders

Blondie keeps pulling it off. His party is a sham, lots of PVV party members going through the revolving doors, he keep crossing the moral line and he doesn’t even come up with any realistic policies. And yet he is still Hollands third biggest party. Yes, Blondie sets the agenda over and over again, forces the discourse into his direction and tango’s with the media like there is no tomorrow.

And it’s time for someone else to bake a Wilders. It’s not blondie. It’s a recipe.

So let’s open source this bitch. Let me be the 100th person to once more try to crack the code to Wilders safe and decipher his secret recipe to political stardom and share it with the world. Let’s take a peek into the kitchen.

Here are 10 essential ingredients to bake a Wilders just the way your dinner guests like it.

1. Tap into an angry and scared social (lower) class

It’s crisis. Jobs are disappearing through automation, outsourcing and fiercer international competition and mergers. Who are the ones who will bite the dust first? The lower social class. A lot of them feel lost, they are scared, unemployed or perhaps soon to be. It’s not even the lower social class anymore. Across the social economic groups unemployment is on the rise.

Religion is the opiate of the poor. When times are tough you turn to faith. Look up for guidance. But Holland is not that religious anymore. There are more agnostics and atheists then ever before. So where do they turn? 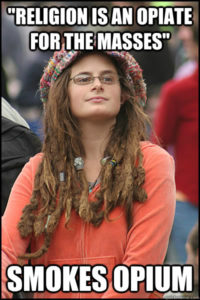 2. Have a unique identifier.

In these times , especially in politics, you need a good identifier. And blondie has that. Just look at that great head of hair.

A lot of politicians are missing the point. They are not uniquely visible in a mediatized world that more and more is about visuals and less and less about the written word. Just take a look how major websites are becoming more visual. People don’t want to remember all these members of parliament. They want a couple of clearly definable faces. A simplified game of ‘Who is it’ in a saturated news block makes you stand out.

So use it. Don’t go crazy, but distinguish your Wilders: A nice lock of hair in a different color, a full beard, a certain wardrobe, some intriguing jewelry or accessory. Knock yourself out.

3. Market yourself as anti establishment

Don’t be establishment. It’s never been easy, but politicians are increasingly unpopular. House of cards kind of unpopular.  It’s difficult to defend something that clearly has image issues. Be different and define yourself by being against it. Rebel!

But don’t stop there, take it further. Make the establishment turn against you to make your point. Make yourself a martyr. Make yourself an outcast! But how? By stepping on some established toes of course.  Pim Fortuyn showed Holland’s multicultural toes grew pretty long in the 90’s. So they’re easy to step on. And does Wilder ever.

Insult the things the establishment cares about. That will ostracize your Wilders and everybody loves a good underdog story. Isn’t that what 80% of Hollywood film narratives are about nowadays? Poor Wilders!!!

4. Come up with great one liners

Twitter, Youtube, Vine, Tags. We are shortening our messages drastically. The problem with politics is that it’s contradictory to this phenomenon. Policy is all about nuance, side notes and explanation.

But fuck all that. You want to come across. So use your magic to come up with catchy things like: ‘Henk and Ingrid’, ‘Kopvoddentax’, ‘fitna’ , ‘Nexit’, ‘minder, minder, minder.’ The shorter, the better. Make every character count!

5. Emotion is in. Ratio is out

And don’t be afraid to sound irrational. Rationality is very 2000 and late. Upworthy is becoming a gateway to all these feel good youtube video’s. Some of the most well read articles on buzzfeed last year were articles ‘that will restore your faith in humanity’. We lust for emotion, to feel.

Don’t convince your crowd with silly things like arguments and science. Go for the gut. You want them to feel. Convince them with your Wilder’s his conviction and anger. Make them feel unsafe and afraid.

6. Aim for problems, not solutions

So please don’t concern yourself with solutions. That is not what Wilders is about. Focus on the problem. You are not going to make people feel with complicated tales of what might possibly sorta solve the problem. Define the problem as simplistically as possible and then go for overtly simplistic and unrealistic solutions.

All of Wilders big stories are based on negative trends and problems. Don’t focus on the positive. Realistic solutions are hard work. Why try to solve an issue when it’s easier to bitch and moan about it? 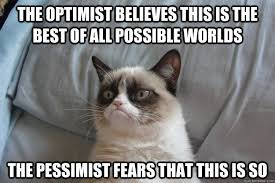 7. Deflection as a media strategy

And when people start asking hard questions about your solutions: Ignore them. It’s as simple as that. You don’t have to answer them. Deflection has become an art form in the times of Geen Stijl and quick newsflashes. Fox news in the US does a great job of facilitating deflection for lots of people.

Become the perfect political ninja. Ignore the media you don’t like. Don’t answer the tough questions, always be on the offense. You are the victim, they are out to get you. See, there they go again.

8. You are the leader

Be a leader. You are the face of the party. You don’t want to exhaust your electorate with different faces and names. Especially don’t surround yourself with critical nay sayers. You don’t want people talking back to you. They will undermine you and make you look weak. 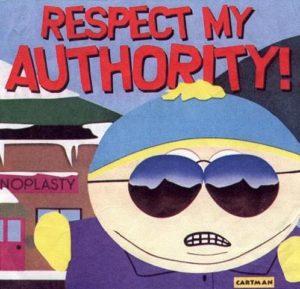 You shouldn’t evolve your stances. What you say goes. And if party members complain, there’s the door! You might consider putting animals in your party: Easy to control, they work great on camera (cute overload), and most importantly, no backtalk. Maybe some chimps, dogs… No wait. Cute kittens!!!! All those will really make you stand out as a leader.

Whatever you do don’t apologize. It makes you look vulnerable and accountable. Owning up to responsibility is not sexy. There are no wrongs. No matter how racist or stupid your Wilders sounds. He is impenetrable. It’s the worst thing in the world to be wrong. So your Wilders is simply never wrong. Poof! Just like that.

And whatever you do, don’t become a ruling party. Then you will be establishment. Ruling would mean Wilders having to put his money where his mouth is. And that’s kind of hard with those toilet paper policies he comes up with.

And no matter how popular your Wilders becomes he will have to form a coalition. Would he ever be able to do that? It would mean compromise and that is something Wilders seems pretty incapable of. So whatever you do, do not end up in a ruling coalition because then your Wilders might sink in. Just when you are almost done baking!!! 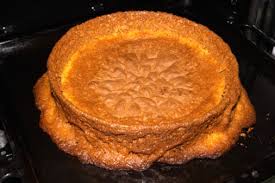 And then what will you be serving during your dinner party?

Previous articleMuseum weekend: the fun of queuing up
Next articleFifth Accomplice of the Heineken Kidnapping is Dead

People who received their first dose of the coronavirus vaccine in an EU country other than the Netherlands, and their...