As we said before, Brexit (AKA Brexshit) is not all bad news – especially for the Netherlands! Not only Amsterdam will probably get to be the “new London” for many companies seeking another country as European base, now the lovely Dutch capital has succeeded in its bid to host the European Medicines Agency once the organisation leaves the UK following Brexit.

The European Medicines Agency is “a decentralised agency of the European Union, responsible for the scientific evaluation, supervision and safety monitoring of medicines in the EU”. EMA protects public and animal health in the EU Member States, as well as the countries of the European Economic Area, by ensuring that all medicines available on the EU market are safe, effective and of high quality.

It’s kind of the European version of the American FDA (Food and Drug Administration) – minus the food part. 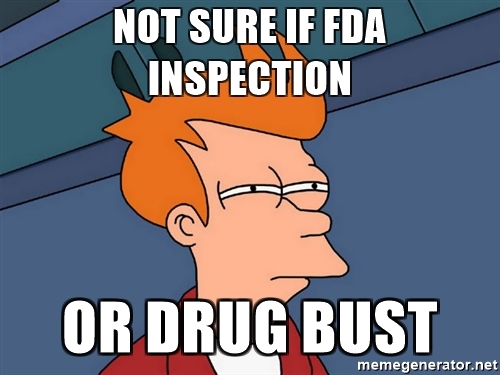 How did the bid go?

Since we’re talking of a very prestigious chance – of hosting a European agency which would generate millions of euros in extra income for the economy – as many as 19 European cities had initially applied, but only Milan, Amsterdam and Copenhagen made it into the second round of voting. The third round saw only Milan and Amsterdam advancing – the result being a tie due to Slovakia’s abstention.

What to do in case of a tie? Well, in the case of deciding the fate of all Europe’s most important agencies the answer seems to be… luck. Exactly, the two cities were put in the bowl and Amsterdam was picked by chance. (And by the way, the same thing happened between Paris and Dublin for the race to host the European Banking Authority – with Paris being the lucky one.)

Not a very well thought-out process in my opinion, especially considering that, officially, EMA’s nearly 900 employees had no say on their post-Brexit home, in theory. However, after just one round of voting it was clear that EMA’s executive director Guido Rasi and his staff’s wishes would be granted: only cities shown by internal polling to be attractive locations for more than two-thirds of staff — Amsterdam, Copenhagen and Milan — advanced. Geopolitics and favor-swapping strategies that could have favored an Eastern or Central European country were never a real option.

The applications were assessed on the basis of six criteria agreed by the 27 member states:

Here and here you can find the detailed summary of the assessment (I warn you, it’s quite technical).

However, here you can see who did better – between the last two contenders, Amsterdam and Milan – at selling themselves:

Here you can find the actual documents for the bid (Amsterdam and Milan).

What do you think? Would an high schooler make a nicer PowerPoint? Leave us a comment!

Previous articleChased Out! Sinterklaas Circus Rotterdam Cancelled After Threats!
Next articleTake the Bus Get Driven by Former Minister of Justice Fred Teeven!

Remember the fish doorbell that was launched in Oudegracht Utrecht last month? Turns out it a lot of people have...
Read more