CODE ORANGE – The height of the storm is coming now! 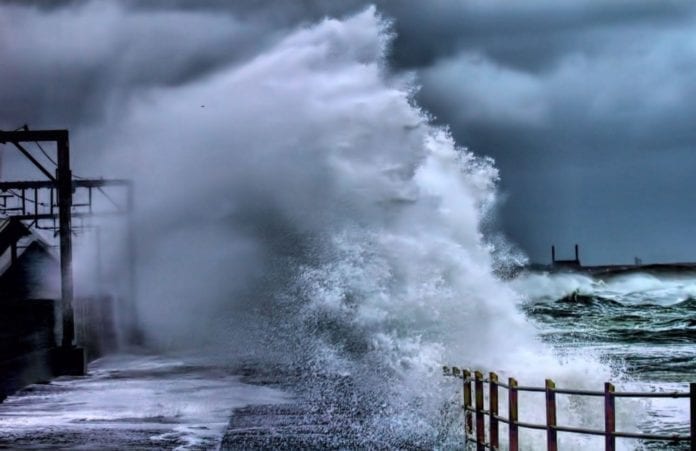 The height of the storm is coming now!

The eye of the storm is now North of the Wadden-islands but most of the wind is on the South side – as you can probably feel as well. The height of the storm will be between 12.00 and 14.00, says NOS weatherman Peter Kuipers Munneke. Also in the rest of the country it will be quite windy all day long and sure as well it is also going to rain, especially in the Northwest of the Netherlands.

From 11.00 am good old code ORANGE applies for the provinces of North Holland, Friesland and Flevoland and for the Wadden area. The KNMI warns against very heavy gusts of wind, with speeds of 100 to 120 kilometers per hour. By the sea, wind gusts of 130 kilometers per hour can occur.

In the rest of the Netherlands code yellow applies, with heavy wind gusts of 80 to 100 kilometers per hour inland. On the coast in Zeeland and Zuid-Holland it can be a little stronger around midday. At the end of the afternoon and in the evening the wind will slowly lay down a bit.

Schiphol and the storm

Because of the storm the Dutch are also closing the impressive Oosterscheldekering and the Maeslantkering which only happens when a storm is really serious. Pretty impressive!

So stay safe all and feel free to share updates, info and stormy pictures with us!

Previous articleStorm batters the Netherlands – here’s the update on your plane, fiets and train
Next articleThe Netherlands are Laughing and Crying with Donald Trump on Twitter