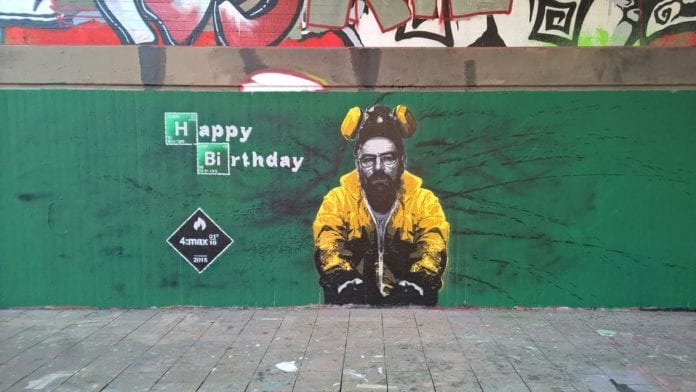 Where was it hidden?

Police have found 2,500 kilos of crystal meth (formally known as methamphetamine) hidden in business premises in Rotterdam. After thorough investigation of the property, the police discovered that the dimensions of the inside of the building were smaller than the outside dimensions, leading to the conclusion that there were secret areas hidden between the walls.

Further investigation of the dimensions revealed that an extra wall was built to cover the buildings original structure which could act as a concealed space to store the drugs. Masses of packages were secured in this secret wall.

Putting it in perspective

How much is 2,500? We hear the numbers but have no understanding of how much it is. To put it in perspective, it is about as heavy as a white rhinoceros and a quantity of this size have a street value of hundreds of millions of euros.

Meth is an intense stimulant that works by increasing the natural dopamine in the brain. This makes the user feel exhilarated, aroused or agitated.

Meth can come in a myriad of different forms – tables, powder or cyrstals. Each form has a different street name. For example, tablets are sometimes called as “yaba” and the crystals are often referred to as “ice”.

From Rotterdam to Utrecht

Continued investigations led the police to a warehouse in Utrecht where they discovered 17,500 litres of chemicals which is used in the process of making and cleaning cocaine. Cocaine is cleaned with harsh chemicals to remove impurities.

Hollowed-out stones were also discovered at the warehouse which are suspected to have been used in illegally transporting the drugs.

The police are have noticed a spike in the quantity of meth production labs in the Netherlands. Holland appeals to drug dealers due to the ports of Rotterdam and Amsterdam where goods can be easily smuggled in from overseas places. Just last month, the police detected a meth lab on a cargo river boat in Moerdijk. Four men were arrested, three were from Mexico.

Previous articleRoboats are coming to the Amsterdam canals! What are they and why are we so excited?
Next articleFirst hydrogen taxi fleet deployed in The Hague – an environmental saviour?