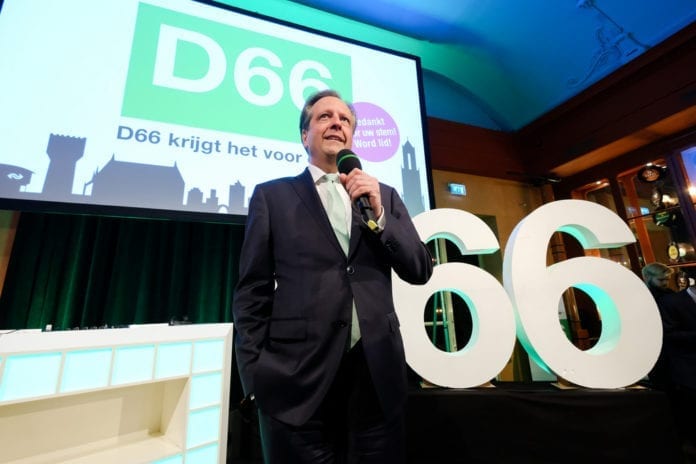 While writing this article, it is worth mentioning that the author is struggling with fixing her own (rented of course) apartment. This could influence her view on the subject.

Everybody is busy trying to make a living and finding a decent apartment, but some jobs apparently come with quite some nice benefits: D66 leader Pechtold received, as a gift from a former Canadian diplomat, an apartment in Scheveningen worth 135 thousand euros.

If an arbitrary spectator could think that a private circumstance of a member might influences his or her position in a public issue, it may be advisable to include such circumstance in the register.

This means that a gift of some importance (like a penthouse) might come with strings attached, and as such should be reported in the Tweede Kamer gift register. Pechtold didn’t in fact report the gift, while he did report some smaller (way smaller) gifts such as concert tickets, vouchers and wine bottles. The Integrity Rules are not laws, though, and are evidently open to interpretation: there are no sanctions if “relevant” donations aren’t be made public, and it is up to MPs themselves to be accountable for this.

Reactions from social media were expectedly wild, especially considering that Pechtold’s party calls for maximum transparency. Pechtold, however, dismissed the discussion and the gift as a private matter, since the diplomat is indeed a friend of his for some 30 years. 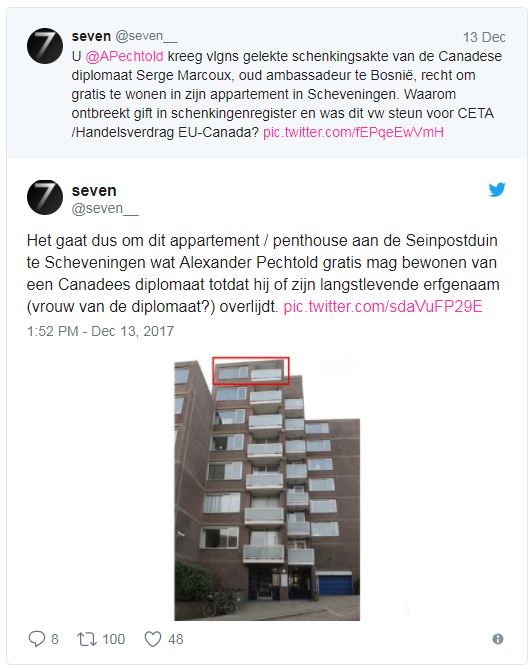 The problem, according to a GeenStijl reporter, is that the gift timing is troublesome: it came in a period when the Tweede Kamer had to vote on a trade agreement between the EU and Canada (CETA), which resulted in a support from the majority of the lower house of the Dutch parliament.

Wilders calls for a full investigation on the matter, to prevent any conflicts of interest or the appearance thereof; many, however, do not expect the issue to have any consequences since a missing entry on the register is not in violation of any laws.

But the question remains: is such a register and, in general, transparency rules of any use if it is up to individual MPs to abide by them?

Previous article
Ikea Target of European Tax Investigation over Dutch Agreements
Next article
Erdogan and the Netherlands: Still Not a Happy Couple!