Raping one educated and balanced news item after the other, here’s Martijn van Veen with your Daily Dutch of October 3rd. 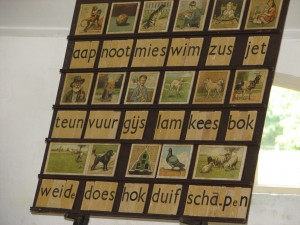 Us Dutch love numbers and we love our education (maybe not as much as the Finnish, but that’s besides the point). We double the fun and double the pleasure when we get to punch out numbers related to education. Today it turns out that our segment of highly educated has increased (So put that festive hat on and get out the confetti-canon) we have a growing group of higher educated peeps in our midst. Since 2003 our highly educated group has grown with 6% and the lower educated segment actually decreased with 6%.  Let’s hope the PVV is prepared for this setback! To make things even juicier we just came in 3rd on the Times international University ranking list with most universities in the top 100!!! (start waving those flags, Somebody organize a parade).  The Times list tries to score universities more ‘objectively’ and doesn’t take into consideration things like reputation (AKA PR and marketing budgets) like some of the others rankings and lists out there. The Dutch ended up the highest at no. 67 with the University of Leiden, closely followed by the technical University of Delft at 69. Erasmus came in at 73, followed up by the Utrecht University at 74 and the Wageningen University and Research Centre at  77. Completing the top 100 are University of Amsterdam at 83 and a shared 98th position for Groningen and Maastricht.

We be Educated and… (wait for it) unemployed!

On the other hand all this awesome education is not actually helping to get youngsters jobs. Youth unemployment is still running rampant (for Dutch standards. Comparing the numbers internationally makes us look silly) Now Mirjam Sterk, youth unemployment ambassador (we have one!!!), is trying to combat it with a new program. But setting the modest target of 10.000  proved to be too ambitious. They got 8.300 of those crazy kids a steady income. These 8.300 youngsters have jobs. And what type of jobs? Mostly through temp agency Randstad (so they can still be fired at any time) these lucky winners are now working in call centres, cafe’s and administration offices!!! I can only image how much time and money our government has invested to create these otherwise unfathomable job opportunity’s. But wait.. more future endeavours are yet to come to give our traumatized and unemployed youth a jolt! Times are tough. Or does this generation Y have too high hopes for our current economy and job market?

Melodrama at the PVV!

And for some melodrama we can always count on the PVV. Our  Party for Freedom founded by supreme leader Geert Wilders has hit puberty and has been stuck in it ever since. There have been plenty of signs that the PVV is a pretty tightly and undemocratically run ship with captain Geert Wilders cracking the whip. This time local party member, Paul ter Linde, has had it and calls his local party frontrunner a lazy hack who already scared away most of his party colleagues (out of 8: 6 resigned and 2 went rogue)  and considers PVV to be a cult with Our Blond Wild One being the centre of attention. And so he quits! You know your party is in trouble when a member who once proposed to literally brand HIV patients with their HIV status (so people can tell they are carriers) decides to voluntarily leave. And Ping: that’s no. 144 jumping ship. There have been reports of Neo-Nazi’s showing up at local PVV rally’s, so I trust the vacancy will be filled soon!

And for the weather forecast…