De Brits Referendum – In, uit, in, sit, Shake it all about!

Dominating the media at the moment in the UK is the EU Referendum you  just can’t avoid it. Like it or love it our connection with Europe is important and the decision that us Brits get to make on 23rd June 2016 is possibly the most important vote we have ever had.

But what is the impact for the Netherlands and more importantly Brits currently living overseas?

What are we voting on? 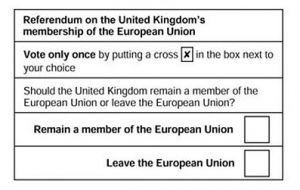 David Cameron has spent 9 months negotiating with leaders from other EU Member states to get ‘special status‘ for the UK. A deal has been reached and now we get to vote.

Who gets to vote?

This particular referendum is only for British people to vote on but what some people may not realize is that it’s a vote for Brits abroad too. The British Government has launched a campaign to get thousands of British Nationals in The Netherlands to register to take park in the referendum. There are approximately 44,000 Brits living in the Netherlands and if they’ve been a resident for less than 15 years they are entitled to a vote in UK elections. Now I know everyone’s views will be different on this some will agree and some wont. The current Government is committed to changing votes for expats and scrapping the 15 year rule to give people ‘Votes for Life’ , the only problem is that this law may not come in time for the referendum vote. I’m going to be a little controversial and throw it out there – I don’t think I agree that you should still have a say after 15 years, in fact I think that’s too long as it is. If you’ve lived away from the UK for 15 years why do you even want to vote in elections the only affect brits in Britain? This referendum does however carry many consequences for expats, arguably more for expats than UK residents. A Briton living in France was quoted “so many of us who would be the most affected by a brexit could be denied a vote”. I totally get that. For example an EU Exit or “Brexit” as it is being referred to, could make millions of Britons abroad illegal immigrants overnight due to visa requirements and right to remain policies being scrapped. This is going to have more of an initial impact on them than little old me working and living in England and without giving them any say I can imagine it is a little worrying for them. 3.5 million citizens live overseas and disappointingly about only 32,000 are registered to vote. There is the argument of why bother to vote if you loose it after 15 years but that is a completely different argument for another time. This vote is crucial. 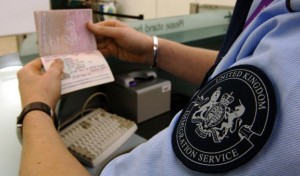 A ‘Brexit’ could impact expats with their right to live, work and claim benefits in Europe. 1.8 million expats live across Europe and for those who have paid into the UK tax system an exit vote could cost them their pensions as it would not increase at the same rate as those people living in the UK.  I’m a big believer in getting out what you put in and not just taking from a communal pot. If a retired couple who have paid into a British pension chose to live out their days in the south of France or up a windmill in the Netherlands they should not loose their investment however, if for your working life you have not contributed to the system why should you be able to draw money from it purely because of where you where born but haven’t lived.

Vice magazine made another point which got me thinking that the scare mongering of the media is getting out of hand – ‘anything that impedes their rights to travel and work is obviously a real barrier to their freedom to live their lives as they see fit.’ –  a Brexit wouldn’t take the rights of expats away, all they might have to do is fill in a visa application. That’s not hard. We have to do it to go into America and Australia. A visa doesn’t impose on freedom it simply gives the host country more control over who is in their country. In Australia and New Zealand for example, they want a departure date before they issue any form of visa. That’s not stopping you from visiting or impeding your right to travel it simply ensures that you don’t over stay your welcome.

Do young people see it as a fundamental right to study or work abroad? Again nothing is stopping this other than taking the time to fill out adequate paperwork. I don’t like the idea of the landlocked EU countries that allow you to drive from one side of Europe to the other with nobody checking your identity even once. I especially don’t like the idea that you can fly within Europe without your passport being scanned either.

How would a ‘Brexit’ affect the Netherlands?

Britain is one of the Netherlands’ most important trading partners. We are closest in terms of policy. An exit from Europe could cost us this relationship, affect the economy both at home and abroad and of cause create many job losses. The little things we take for granted could become a little harder to do. The truth about the impact of a UK exit from the EU is that anyone who works for, consumes from, or trades with would be affected in some way. The Netherlands, like Ireland, share very strong trade, investment and financial links with the UK and within Europe they also tend to be more closely aligned in terms of regulatory and trade policy objectives meaning that budget negotiations and regulatory reforms would be harder for them to obtain without the UK as a link.

According to ING British demand accounts for more than 300,000 jobs (3.3% of employment) in the Netherlands. Trade between the UK and NL will not grind to a halt if there is a Brexit, but it will make things a little more difficult than they are now. In the case of imports, trade barriers will be erected against British companies, Dutch consumers will have to pay higher prices and the choice will be more limited. Not to mention the increase cost that would come to travel fees and basic necessities we get from EU countries like cheese and leather goods.

I haven’t quite made my mind up yet with regards to if I’m ‘in’ or ‘out’ so this post comes from my inner equalities champion that simply wants to plea to all those Brits living in The Netherlands or indeed anywhere across Europe. Register to vote if you can. If you’re a student at university you can vote, if you’re working out on a temporary contract you can vote, if your entire family now resides in a houseboat on the canals of Amsterdam you can vote. Everybody has a say on this and every say matters. This may be the biggest vote we will ever get to make and everybody’s lives will be affected by the outcome.

If you're still thinking about whether to get your booster, here's a compelling reason: a new amendment proposes to make...

If you're still thinking about whether to get your booster, here's a compelling reason: a new amendment proposes to make your coronapass valid for...