Heads up! Deadly XTC is out there… 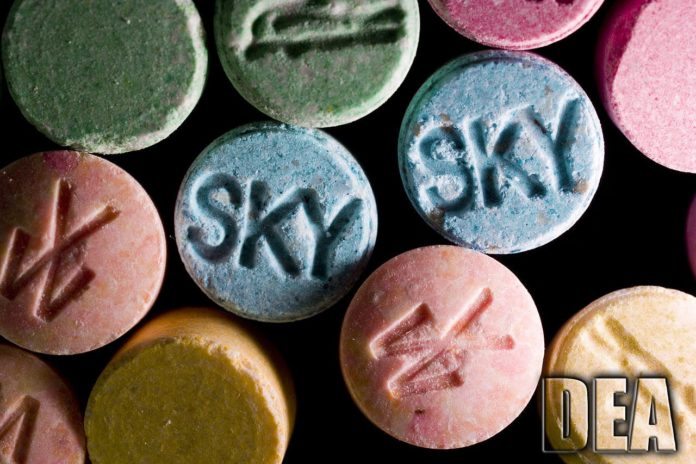 It’s almost like a tradition by itsself. Right when the Amsterdam Dance Event starts there is a big big warning for super deadly XTC or another drug that will do more to you than just make dance for a long long time. So what’s the case this time?

Yesterday the Trimbos institute issued a warning for possibly lethal ecstasy pills. These pills contain a high dose of PMMA. The spokesperson for Trimbos mentioned that ecstasy pills often contain a dose of PMMA, but the red Superman pills that are currently in trade contain a extremely high dose.

The effect of PMMA is comparable to the effect of MDMA, but takes longer to kick in. This causes people to think they need to take more drugs to accomplish the desired effect. This in turn brings forth an overdose-effect when the drugs eventually kick in which might cause a high heart rate, high body tempereature or in worse cases heart, liver or kidney failure.

Since the biggest dance event in the world takes place in Amsterdam this weekend the institute worries that a lot of people might be taking the drugs this week.

When you’re under the influence of drugs and start feeling unwell, or if you recognize the wrong symptoms in anyone else, you should always call the emergency number 112 right away. Try to stay calm and ask a friend to keep an eye on you until the ambulance gets there.

While stating the obvious that you shouldn’t do drugs and that nobody should die from taking one pill I always wonder what the actual danger is. There are between 300.000 to 400.000 people partying this week and the majority of them are doing drugs, aren’t one or two fatalities in such a week a statistic that is to be expected? I mean people die sometimes right? Anyways:

Previous articleWhat’s new about drug legislation in the country of coffee shops?
Next articleWinter? Hit the Beach! Events in Scheveningen