Dutch Governance; forming a functioning government out of 13 parties

With the elections finally over and done with the Dutch shift their focus to the next problem our democracy faces; how the fuck are we going to form a functioning government out of 13 separate parties?

Consider all the opining that went around both before and after the election. It mostly touched on issues such as the European rise of populism and whether or not brown people would be allowed into the Netherlands after March 15th right? How much have you actually heard about the process of forming the Dutch government? Now that Wilders’s Patriotic Spring is put on hold and all the excitement surrounding our little country slowly dissipates, let’s take a look at how us Dutch people actually form a government out of this bizarre election. 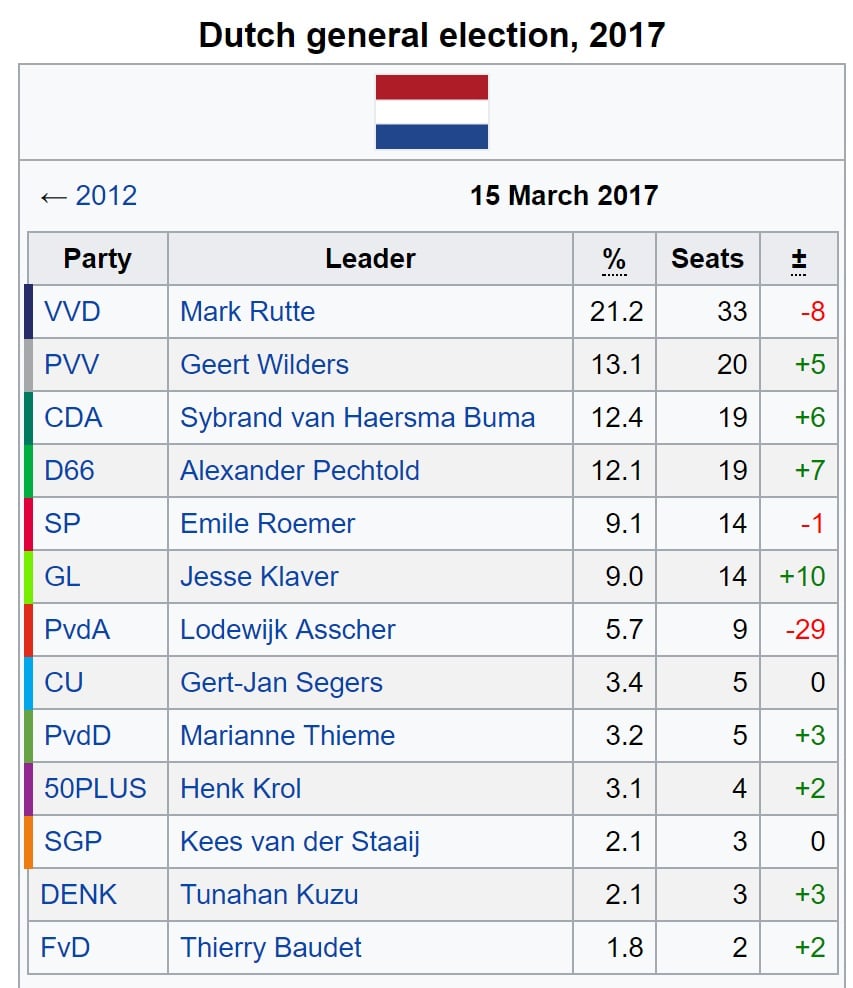 Historically one of the few times our royals actually have a say in the matter of our flat little nation is during this exact period following the national election. Up until 2010 the King or Queen would appoint what we call an “informateur”. Directly translated this means the “informationer”. Isn’t Dutch a beautiful language? These days however the informateur is chosen by parliament, as the Dutch decided, after the release of the first season of Game of Thrones, that royals should not have power of any kind. The informateur then contacts the leaders of the respective political parties and informs about their points of view, possible compromises and preferred coalition. Out of these talks a “concept regeerakkoord”, the plan for governing, is created. Depending on what the informateur discovers a “formateur” is chosen.

The formateur is generally the aspiring PM of the largest party, but not necessarily.  If everyone agrees with the proposed plan and the proposed cabinet positions, the formateur will then form a government. If the largest party fails to come to a compromise that leads to a governmental coalition which has 76 of the 150 votes in parliament, the informateur decides to pass the opportunity on to another and the process begins again, resulting in other parties being given the chance to form a coalition.

So; what is our government going to look like for the next four years?

The most likely scenario currently is the VVD, CDA and D66 working together. However that amounts to a total of 71 votes out of 76 required. There are two parties that won 5 seats and could fill the remainder; the Party for Animals and the Christian Union (Yes, we have a party for animals. No it is not led by Cid from Ice Age). However the Party for Animals is too left wing to fit nicely within this coalition, so it appears likely that the Christian Union will be joining the coalition. Also since the up and coming Groen Links might just be to leftist for the VVD. A left wing government is currently pretty much impossible, the four leftwing parties only garnered around 41 of the required 76 parliamentary seats. As everyone has already ruled out working with Trump Light Lime, there aren’t many other options than the one mentioned above right now.

Do you have any thoughts about a potential coalition? Notice anything I missed? Let us know in the comments!

Previous articleWhat made me happy about the Dutch election
Next articleYeah! The Netherlands on The Daily Show!