Here deciding for you what is relevant news today and what is not, this is Martijn with your daily Dutch of the 25th of October. First off…

Hell to the No. It’s been fun. But we all need a break from this media event called the ‘zwarte Piet’ discussion. Everyone needs to replenish their energy and get their death threat letters alphabetized before we continue.

The police has confiscated not 1, or 2, but a whopping 40 cats from a woman living in Zaandam. Neighbours were complaining about the foul stench. Now devastated by her loss, the woman has adopted a shopping cart and is considering switching her profession to crazy bag lady.

The police have their hands full and are making a special offer just for you!

Bringing you yet another list, it appears that the gender gap is slowly disappearing on a global scale according to a report from the World Economic Forum. Holland comes in at (drumroll please) 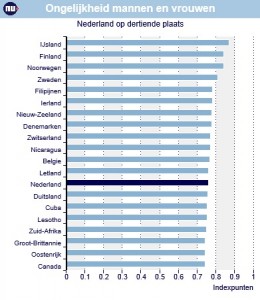 But Holland won’t just sit there and take this grave insult. We are retaliating with Magazine Opzij releasing a list of the most powerful women in Holland to prove that we have at least 100 empowered women. Hahahaha (maniacal laugh of victory)! That will show the world. We have 100 of ’em! 100! Take that Iceland!

Bitcoin has really been taking off since it’s conception in 2009. The world seems to be embracing the new global currency as John Nelson has now visualized for us! 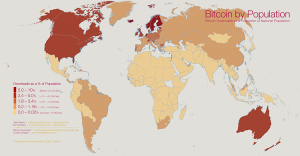 Holland is shown to also be quite smitten with Bitcoin.  Between five and ten percent of the population is now getting in on the Bitcoin action. With companies like the Chinese Baidu opening up to the Bitcoin currency it will only be a matter of time before we’ll be using our Euro’s to light a bonfire!

Until such time enjoy this ridiculous audiovisual experience where you can see all transactions pass by your screen visualised as bubbles (sound effects included). Rest assured that whenever a transaction passes the 1000 mark (1 bitcoin is about 190 Dollars) a hitman gets his or her payday or a druglord will do a happy dance!

And for the weather..