The rugby league in the Netherlands can be quite an exciting sport to follow! Here is what you should know about it.

The Dutch and Sports

Sport is a massive part of Dutch culture, with approximately 4.5 million of the 16 million people in the Netherlands registered to one of the 35,000 sports clubs in the country.

Football or soccer is, of course, the most popular, followed by field hockey, volleyball, ice-skating, tennis, gymnastics and golf.

But another sport that’s quickly crash tacking its way into the lives of many Dutchies, however, is rugby league.

What is Rugby League?

Rugby league is a full contact sport played by two teams on a rectangular field for 80 minutes at a time.

It is currently played in over 70 nations throughout the world with the highest concentration of participants in the UK, France, Australia, New Zealand and throughout the Pacific Islands.

‘League’ as its known colloquially is essentially a pared-down version of its foundation code, rugby union. The modifications made to rugby league when it broke away from rugby union in 1895 make the sport faster paced and more entertaining than its precursor.

In rugby league, points are scored by carrying the ball and touching it to the ground beyond the opposing team’s goal line. This is called a try and it’s the primary method of scoring points.

Points can also be scored by kicking goals. After each try, the scoring team gains a free kick to try at goal with a conversion for further points. Kicks at goal may also be awarded for penalties, and field goals can be attempted at any time.

To prevent a team from scoring points, the opposing team must stop the attacking side by tackling the player carrying the ball.

The team with the most points at the end of the game wins.

The History of Rugby League in the Netherlands

The first ever Dutch rugby league game was played between a Dutch Student Team and the French army team in 1989 in Breda. The game was organised as preparation for the Student Rugby League World Championship that took place in England later that year.

The first real international match was played against Scotland A in Sassenheim, where the Netherlands narrowly lost 18-22. The first victory, however, was a match against Serbia in which the Dutch rugby league side walked away with a 24-12 win.

During 2005 and 2006 the Dutch team participated in the European qualification for the World Championship where they played against stronger teams such as Russia and Georgia. This was their first taste of a tournament style of play.

They then went on to compete in the Rugby League World Cup qualifying competition in 2008 alongside Russia, Georgia and Serbia.

Unfortunately, the team lost to Russia and Georgia before beating Serbia to come third in the group. The third-place finish was not enough to see the Netherlands progress in the competition.

Currently, the Netherlands is ranked 22nd on the European rugby league ladder.

The Nederlandse Rugby League Bond, or NRLB, is the governing body that oversees all aspects of rugby league in the Netherlands.

The aim of the NRLB is to grow the sport in the Netherlands by implementing grassroots programs in schools and promoting regular games in national and international arenas.

In 2017 the Nederlandse Rugby League Bond celebrated its best season yet during their 15-year association with the Rugby League European Federation.

This was due in part to an expanded representative calendar, youth programme and domestic championship, as well as elevation to voting membership status within the governing organisation.

The Dutch Rugby League Bond Championship is the name of the professional rugby league competition that is run in the Netherlands.

It was established in 2015 and currently consists of four teams. These are the Den Haag Knights, the Rotterdam Pitbulls, the Amsterdam Cobras and the Hardewijk Dolphins, which is the newest club to join.

These teams consist mainly of Netherlands internationals along with foreign players of various nations such as England, Ireland, New Zealand, Australia, Fiji, Luxembourg and Germany.

The Future of Rugby League in the Netherlands

The future of rugby league in the Netherlands looks bright, with 75% of the domestic clubs no longer reliant on outside players.

This is evidence the sport is growing within the country, thanks the great club and player development programs that are being led by the Nederlandse Rugby League Bond.

According to development director Jason Bruygoms:

Will you be following the rugby league in the Netherlands? Or are there any other sports you believe the Dutch are good at? Let us know in the comments below! 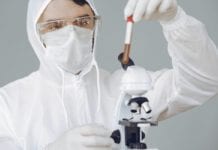