Best Country in the World: the Netherlands close behind Switzerland

NewsEconomyLiving in the Netherlands
July 16, 2018 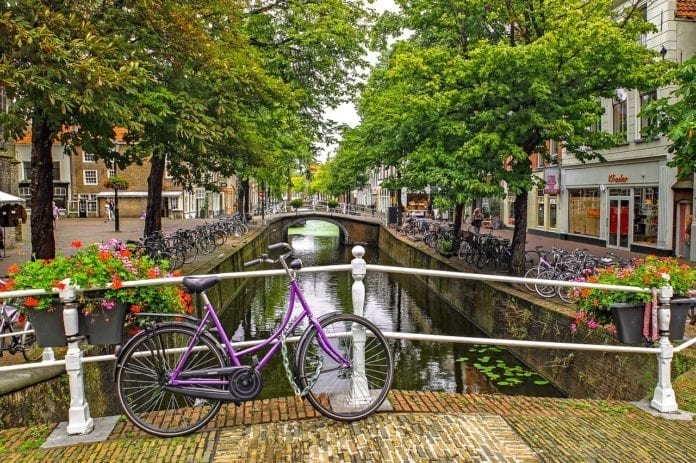 We love our international comparison lists here at DutchReview. And not only when things are going great for the Dutch, also when we’re down on our luck like in 2013. But the fact now is, things are going pretty well for us Dutchies – and there’s almost no country doing it better than us: we’re coming for you Switzerland!

Rankings: The Netherlands is on the heels of Switzerland in the battle for the title of ‘best country in the world’

Here’s a list from the Financial Times, hardly the fake-news-outlet:

It’s a ranking of ranking lists so to say, a meta-list. With the Netherlands again at number two, behind Switzerland, and we have moved up closer to that top spot once again. The latter is due to the fact that the Netherlands has risen a place in the ranking for most competing countries this year, while Switzerland has just dropped on that list. The Dutch also moved up a spot in the ranking for most innovative economies. As a result, the backlog of Switzerland has shrunk – just like last year. If this continues, the Netherlands will be able to seriously threaten the Swiss in the coming years and possibly take over the top position.

What are all these rankings about?

It is the third time that the Dutch FT presents this ranking, spearheading the effort is economic journalist Matthijs Bouman. In 2016, they counted five major global rankings for the first time. Two of them measure competitiveness. The World Competiveness Scoreboard of the Swiss research agency IMD does this on the basis of hundreds of variables that say something about training, patents, IT expenses, research and development, the use of big data and knowledge transfer. Together, these indicators provide a picture of competitiveness, according to IMD. In 2016, the Netherlands was in eighth place in this ranking. In 2018 we are at number four. We have already overtaken the former number one Switzerland (now out of five), according to IMD.

The researchers of the World Economic Forum (WEF) also calculate each year an indicator of the competitiveness of countries, but use different data and a different method. The Netherlands was in fifth place in 2016, and has now risen to fourth place, still behind list leader Switzerland.

The third ranking list looks at the innovative strength of countries. The Global Innovation Index (GII) of French Insead sweeps a large amount of innovation-related data into a single figure. In 2016, the Netherlands was eighth in this ranking and rose to third place in 2017. This week the GII was published for 2018, and the Netherlands appeared to have risen again. We are now the most innovative economy in the world after Switzerland. Especially when it comes to the efficient way in which we use knowledge, our progressive companies and our creativity, the Netherlands scores excellent.

Ranking countries on well-being and happiness

Because in life there is more than competing and innovating, they also added the Human Development Index of the World Bank. That is a broad indicator of well-being in a country. The last report dates from 2016, and the Netherlands is in seventh place.

Because we all end up doing it for a happy population, there is the fifth ranking, the Happiness Index of the economists Richard Layard and Jeffrey Sachs. The 2018 edition puts the Netherlands in the sixth place of happiest countries (a place higher than in 2016), just behind Switzerland and well behind the Scandinavian countries.

These five rankings added together yield the Ranking of the Rankings. The Netherlands comes with a fourth, fourth, second, seventh and sixth place out of a total of 23. That is less than the fifteen of Switzerland. But the difference with the Swiss has been back for two years in a row. With this pace we’ll pass them within a few years.

Our pursuers, Denmark and the United States, just drop a hole. Their total score went up this year. In the top four, the Netherlands is the only country that has improved since 2016. The Netherlands is the second best country in the world, and well on its way to be the number one on the throne according to the FT.

So there you have it, the list might be created by a Dutchman and there’s always debate about the ranking factors – things aren’t going to shabby here.

Previous articleThree things to do this weekend in the Netherlands
Next articleGoogle Brain has come to Amsterdam… and they’re hiring!