You’ve got mail (and a monopoly) Will PostNL be the only company delivering your mail? 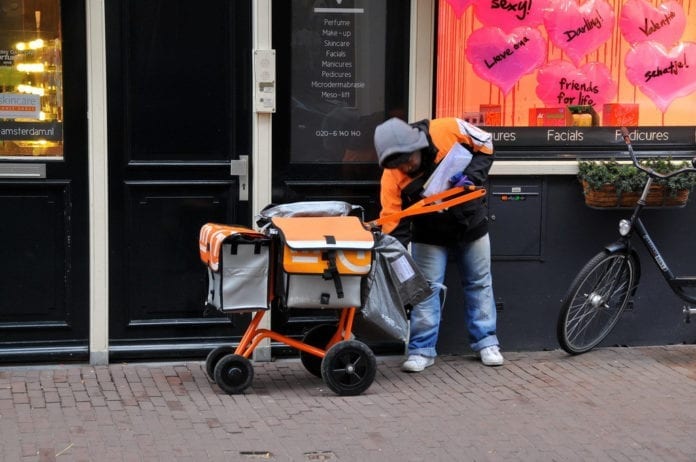 PostNL, the national postal delivery service in the Netherlands acquired their only competitors in the country, Sandd. This means that now, PostNL owns 70% of the company, while Sandd makes up the rest. The company was bought over for a sum of €130 million.

The people who are delivering all the mail having those dreaded tax bills from the government, thank you cards from your friends, those baby announcements, and wedding invitations are still going to be at your doorstep! Not everything can be over email now, can it? They still deliver your parcels, so you should be thankful for that.

Don’t kill the messenger: what happens to the mailmen?

Being a dying service, where almost everything is getting digitalised, Sandd and PostNL were the only two companies providing it before Sandd took Van Straaten Post last year. According to their official statement, the revenue yielded through mail deliveries is higher with PostNL at  €1,678m, and Sandd at €201m. PostNL employs 38,000 employees, of whom 18,000 are mail deliverers, whereas Sandd employees 19,000 employees of whom 16,000 are mail deliverers. In their statement, PostNL also said that the employees who do deliver the mail do not have to worry about their contracts, but they failed to mention anything about the personnel and support staff.

However, since there will be a monopoly of this particular market, this acquisition still needs the approval of the Netherlands Authority for Consumers and Markets (ACM) who monitors and regulates the competition within markets.

PostNL and Sandd to form one strong national postal network for the Netherlands. #PostNL https://t.co/caryl8WNcJ pic.twitter.com/bsJzyla4o2

All of you in those long distance relationships with your friends, families and partners cannot go without internet when it comes to keeping in touch. There’s still something wonderful about having a handwritten letter in your hand over an email you can look at from behind your computer or phone screen. Well, as long as it is from someone you love, and not the government asking you to fork over hundreds of euros for taxes.

Start writing those letters, because god knows the mailmen would be happy to deliver them for you! If you’re on a nostalgia trip, and writing letters is your thing, let us know in the comments! Or let us know if you’re not as well 😉

Previous article1.000.000 people in Amsterdam – All because of you expats moving to Amsterdam
Next articleA Million foreign workers in the Netherlands and 3 things you need to know about it

In a proposal presented to Dutch political parties Volt and Democrats 66 (D66), the House of Representatives wants to make €100...