Epic last second train jump will get you a fine now 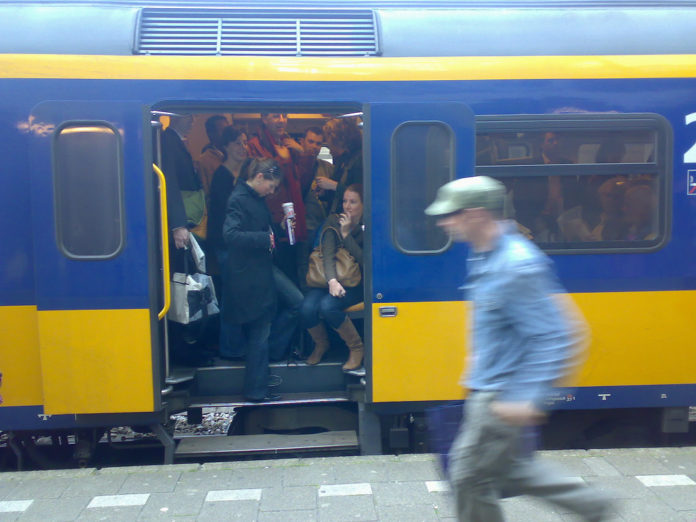 Woke up at 7.39, searching for a spot for your bicycle took 2 minutes more than usual, mad dash through the station, make it to the platform, whistle goes and epic jump into the train. HUZZAH, maximum efficiency and all that jumping you learned in life finally paid off! But since the NS might just hate us, they’re going to fine you 230 euro’s for these Hollywood-moments!

Don’t jump on board after the final whistle

For a while now the NS has been nagging about people jumping on board after the final whistle. Stating that is causes delays and dangerous situations. Approximately 43% of the conductors encounter a dangerous situation on a daily basis, with more than 54% of the people on a platform still boarding after that final whistle. Three people were actually fined yesterday at Schiphol trying to board a train. And it’s a hefty fine with 230 euro’s that is.

Of course, the fines are handed out by the conductors who can choose to look the other way – and that money for the fine is going to the state treasury and not to cut down the costs of those expensive train tickets.

Do they have a point?

Of course, the NS rightly points out that jumping onto an almost moving heavy train is something that might not be completely safe. And think about the people already standing there, baby carriages and people with cycles. And then there are also people holding the door for others while they are dashing in, sometimes causing the train to break down and causing delays.

But if they’re really expecting people to just stand there when the final whistle goes for those 10 seconds then they’re sadly mistaking, it’s in our DNA to make that train right? Not to mention that NS trains frequently leave up to a minute earlier than scheduled, or at least not in sync with the station clocks.

Anyways, what do you think? Will you stop dashing for a train or go for the epic jump every time?