Floating solar panels: is this a solution to combat climate change? 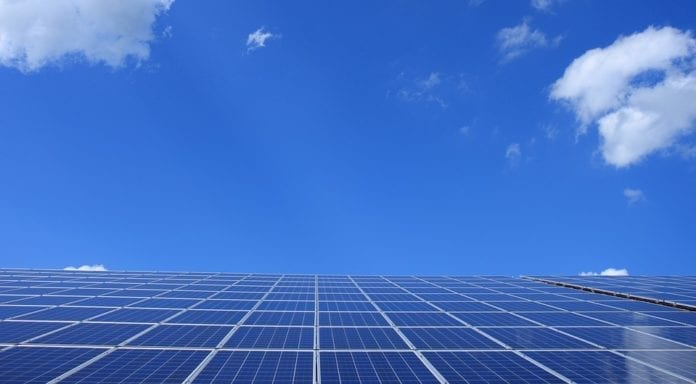 Climate change is giving many people anxiety. It is definitely on every sane person’s mind, especially the Dutch’s. They are known for being eco-friendly and sustainable, despite relying on non-renewable energy. However, a push to transition to sustainable energy has led to innovative ideas. Dutch companies are coming up with alternatives to help save the environment, before its too late.

Arnoud van Druten has developed a floating solar panel island called Floating Solar that generates around 30% more energy than roof solar panels. As room on land for solar panels is lacking, changing the panels to water in the Netherlands (which the country has much of) might be the future of renewable energy.

Floating solar panels have several advantages. It has what is known as “Optimal Solar Tracking” where the solar panel island automatically rotates to the sun for optimal results. It essentially faces the sun all day and gets the most out of the solar power to generate energy. It is discrete and fit to operate under all weather conditions.

The solar panels are fixed on systems that are described as “large catamarans”, reports RTL Nieuws. Light can pass through the panels, whilst animals and wildlife can live underneath safely. Parts of the island are made of recycled materials.

Druten, the creator says  “These are solar panels. You can best visualize them as a bed of sunflowers. Those sunflowers also look at the sun all day long to get that maximum sun generation, so that they can continue to grow”.

Is the Netherlands sustainable?

This is another of the several sustainable projects in the Netherlands. For example, just recently this week, Albert Heijn announced it would stop the use of plastic around their peppers, bananas, and carrots to reduce waste. Also, In January, the Netherlands also announced a fully solar-powered train station in Delft. Back in June of 2018, the Netherlands introduced an impressive law to cut greenhouse gas emissions 95% by 2050.

Luxembourg is the country most behind in sustainability with only 6.4% of all energy coming from renewables, due to fossil fuel reliance.

The Netherlands has said it wants greenhouse emissions to be 25% lower in 2020 than in 1990. According to NOS, emissions are currently 14.5% lower than in 1990, meaning this number will most likely not be achieved.

Do you think floating solar panel “islands” could help combat climate change? Let us know in the comments, below!

Previous article
Dobbi! The innovative Dutch start-up coming to do your laundry
Next article
More Airbnb issues as shipping containers used as illegal hotels were found in Amsterdam