High School pupils to protest against US gun violence 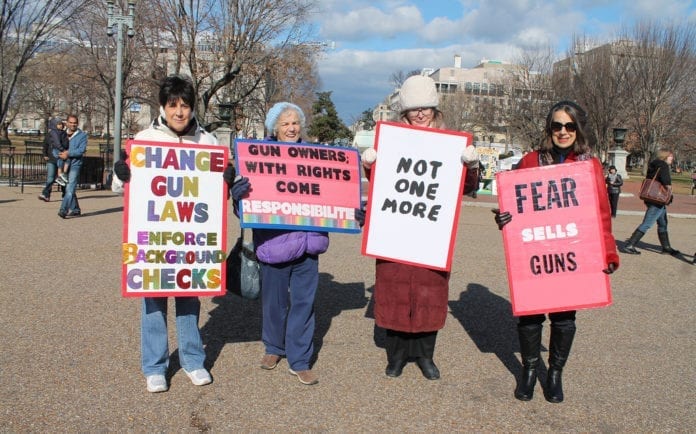 Protests in the Netherlands

After all of the mass shootings in America recently, understandably everyone is pretty p*ssed. Now is a time for change we all hope.

Ahead of the continuing news about gun violence and mass shootings, in the US. High school pupils in the Netherlands have decided to take a stance and protest against gun violence. It’s also to demonstrate their solidarity for victims and join the ‘March for Our Lives’ movement, currently happening in the states. This was released on Facebook – one scheduled for the Amsterdam and the other in The Hague, next Saturday (24th March).

On the March for our Lives Facebook event for the Hague it states “On March 24, we will be rallying…with the kids and families of March For Our Lives who will be taking to the streets of Washington DC to demand that their lives and safety be made a priority and that we end gun violence and mass shootings in American schools. It’s time for everyone everywhere to start listening to our youth. It’s their future!”

This is also the stance of people all over the world who are also scheduling protests on the same day. This is also the day that the original March For Our Lives is happening in America.

Want to join them?

Location: Museumplein near the US consulate

Location: US Embassy in the Hague

I personally think that’s it’s great… whether it will change anything, we are yet to see. I mean, how many mass shootings will it take for the government to listen?

What do you think of these protests against gun violence in the US? Will you be attending? Let us know in the comments!

Previous articleIt’s gonna be cold! So here are 3 things to do this weekend
Next articleVoting in the Amsterdam municipal elections of 2018: What’s it all about?