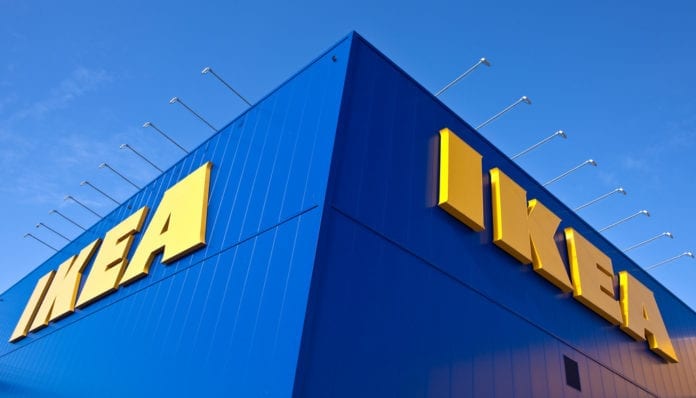 Sure – everyone appreciates Ikea, if not for the furniture then for being able to ditch your kids for an hour in a bacteria infested playground, and they also have some decent meals. On the downside is the fact that everything comes in separate packages that require some serious assembly and construction and if you’re unlucky – you’ll end up with missing parts. As it turns out, Ikea has also been constructing its own tax agreements with the Dutch government, and the European Commission is not happy – parts are missing and it’s demanding to speak to the manager. Yikes!

Trouble for Swedish Sweetheart – Where Did the Money Go?

The European Commission will be starting an investigation soon into tax agreements made by the Netherlands with Ikea. In a statement the Commission has expressed “concern” that the Swedish furniture giant has not paid enough taxes, and not just by a little, which may have given the company an unfair competitive advantage.

In a response, the Dutch government says that it wishes to inform the House of Representatives in a confidential meeting when investigations begin.

As it appears Ikea made a special tax avoidance construction by setting up a holding company in the Netherlands, “Inter IKEA Systems”, all IKEA stores worldwide were obligated to pay 3 percent of the revenues to said holding company for use of the IKEA logos. Brussels now wants to know whether this construction was mainly used to sneak away profits so that no taxes had to be paid. “Some of the profits were transferred to a small company in the Netherlands,” says Noorlander.

The European Commission is examining two agreements in particular that the Tax Authorities have made with Ikea, one in 2006 and another in 2011. As a result of these agreements, Ikea paid “significantly” less taxes in Holland, the Commission writes in a statement. Other companies in the country may therefore have been disadvantaged which would be very much contrary to European regulations.

It seems that Ikea has transferred a large part of its profits through the Netherlands to Luxembourg, where no taxes had to be paid. This was labeled as illegal by the European Commission in 2011, but Ikea was not about to give up – they made a new agreement with the tax authorities, which meant that profits could be shifted to Liechtenstein. Don’t you love it when a plan comes together?

The responsible European Commissioner, Vestager, has stated that all companies must pay their share of taxes. “Countries can’t just simply select companies that have to pay less taxes, and we’ll carefully examine this case in the Netherlands.”

Sadly this isn’t the first time that the Netherlands is in the picture because of illegal tax arrangements. Starbucks, the mega coffee chain, had a similar appointment rejected, after which the Commission ruled that Starbucks still had to pay over 20 million euros in tax.

Ikea has stated to allegations that it considers the agreements with the tax authorities as legal. “It’s a good thing if the research brings clarity and confirms that.” Other than that the company emphasizes that the investigation between the European Commission and the Netherlands. In other words: “Not our problem.”

Illegal State Support Not Yet Proven.

Secretary of State, Snel, of Finance stresses in a letter to the House of Representatives that there has only been made a decision to conduct an investigation. “Opening a formal investigation procedure does not mean that it is certain that there was State Aid to Inter Ikea Systems,” he writes.

Quickly endorses the importance of the European Commission’s investigation into the tax arrangements and will cooperate. He points out that he himself is already conducting investigations into these so-called rulings.

As far as the allegations to he has refused to say much more, because according to law he is not allowed to make any announcements regarding agreements between the tax authorities and individual companies or persons. If the European Commission’s investigation actually begins, he is prepared to keep the House of Representatives confidentially informed about matters.

Previous articleDutch inventions: 10 things you (probably) didn’t know originated in the Netherlands
Next articleControversy over D66 leader Pechtold and a small gift – a penthouse in Scheveningen

In a racial profiling claim filed against the Royal Netherlands Marechaussee — a judge in The Hague overruled the case...

In a racial profiling claim filed against the Royal Netherlands Marechaussee — a judge in The Hague overruled the case as there’s no conflict...

Did the Netherlands break the Climate Accords? Environmentalists angered by budget decisions

Between the Dutch government's shifting focus to underground CO2 storage and raising the limit on CO2 that may be stored with government money —...

Sometimes, the Dutch can be innovative and forward-thinking. Dutch brains gave birth to the Delta Works, the microscope, Wi-Fi, orange carrots, and of course,...
Current Month