Superbuses, barrier-free highway exits to jump on a train, and hanging out in stations for the heck of it: the vision of NS of what taking a train would look like in 2020 is a far cry from reality. Dutch Railways 2020 vision video, released in 2006 envisaged all this, and more, in a banger of a video accompanied by a Madonna soundtrack.

Remember watching The Jetsons as a child and dreaming about a future where we would hoverboard to work, have an automatic hygiene machine composed of various robotic hands to poke and prod us in the morning, and 3D printing our evening meal?

In an excellent example of how the internet keeps everything forever, Dutch Railways have re-released their 2006 vision video of 2020. Guess what, we’re in 2020 – and they weren’t particularly accurate.

The video is pretty great to watch in general; in addition to that excellent soundtrack, there are some real noughties vibes in the animation. Keep your eyes peeled for the smartwatch displaying NS timetables (where’s our watch app, NS?), the office space with suspended televisions, and the screens in the back of the seats (okay, the screens are in our hands now so we can’t complain).

Check out the video and all its noughties goodness below (and yes, we believe that is a 4:3 ratio!)

“NS is seducing the car user to use the train in their life,” promises the video. One of NS’s planned ideas was removing barriers from switching between car, bus, and train in 2020. Stuck in a traffic jam? No problem! Take the next exit, park your car at the attached garage, and hop on a train. Seamless.

It’s actually a great idea in theory. In practice, government privacy rules made exchanging information between providers impossible to achieve the vision. “What we had not anticipated at the time is that privacy rules have a much greater impact than expected,” says Jeroen Fukken, director of strategy and innovation at the Dutch Railways on the podcast POEN.

However, it’s not a lost cause yet: Dutch Railways are attempting to make agreements with the government to enable data sharing for some transport use. “It has also become clear to us that you cannot achieve many things on your own. We have started to collaborate more with other transport companies and with car parties,” says Fukken.

Those sweet central transfer points where you can jump from your car to your train? They’re still being planned and hope to be completed by 2030. We’re rooting for you NS!

Not just a train station

Ever dreamed of heading to the train station to hang out with friends and catch a movie? Yeah, us neither. Regardless, transforming stations into central hubs and a “destination on their own” with cinemas and childcare was another vision of NS in 2006.

One of the references in the video is to a superbus: a limo-like car that can carry up to 23 passengers at speeds of 250 kilometres an hour via specially-designated highway lanes. While a prototype was designed, the project never eventuated.

What did the future bring?

Well, not a lot of the NS’s predictions ended up occurring. We could see one accurate prediction: no more carrying around a paper timetable book. The future is now!

The predictions for the number of daily travellers growing to 1.5 million was close, but still missed the mark by about 200,000. The global financial crisis in 2008 made sure to delay economic progress, and therefore passenger growth.

Now the Netherlands is moving towards technologies that weren’t even thought of in the video. Testing for a hyperloop, a capsule that flies through a vacuum tube, has begun with speeds of up to 1000 kilometres an hour.

But will we see a hyperloops throughout the Netherlands? Probably not, says Fukken. Hyperloops are more suited for long distances, so an inter-Europe version is far more likely.

What was your favourite part of the NS vision video? What would you like to see change in public transport in the future? Leave your thoughts in the comments below! 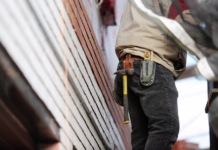