10 Things To Do While Article 50 Is Being Triggered

British in the Netherlands? Having a bad day cuz of Article 50 and Brexit? DutchReview is here to help!

The Netherlands dodged a Wilders-shaped populist bullet on 15 March. However, the UK is still limping from its own direct hit, and is stubbornly pressing ahead with Brexit. Today Theresa May will commit diplomatic self-immolation by triggering Article 50. And so, if the UK’s graceless exit from the world stage is getting you down today, here are a few things to do to keep your mind off it. Enjoy!

Turn Article 50 into an excuse to drink a couple of vaasjes and fluitjes. As each small beer goes down, doesn’t the world seem like a better place through the bottom of that glass? 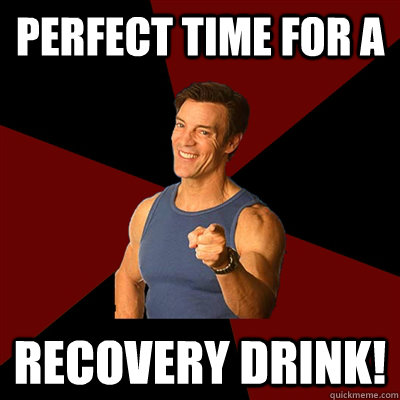 The Netherlands has two great neighbours. Enjoy your last days of open-border travel by booking a train to Antwerp and then just, like, going there. There’ll be none of this easy travel once you have your new blue British Imperial passport!

Crack out your old games of Monopoly, Risk and Diplomacy. Revel in the unfettered empire-building and wholesale capitalism that they represent. Try not to think about their parallels in the real world.

Doesn’t seem so pointless now, does it? You will need basic Dutch to apply for that shiny new EU passport you so feverishly covet. Then you can wave safely from the harbour while all the other Brits are deported. (well, at least we can queue up nicely for the ship)

Watch any film which will allow you to redirect your emotional outpourings. Try not to think of the ship as the UK and the iceberg as Brexit. Do repeat to yourself Boris Johnson’s words that Brexit will be “a titanic success”.

Not enough people are doing it these days. Knit yourself some Brexit-themed woolly garments which you can wrap around yourself during the impending nuclear winter.

If you have the money to throw around, why not buy a flat in Cumbernauld and wait for the UK to disintegrate, hoping that Spain doesn’t veto Scotland’s accession to the EU. Then say you’re a Scottish resident and get a passport. It’s a long shot, but won’t you feel clever if it works out?

Get your camera out and take some snaps of Dutch canals, poffertjes, and all the international friends you’ve made here. This way you’ll have something to look back on when the UK crashes out without a deal and you are deported back to Britain. Then you can spend the long winter nights arranging these photos into an album and sobbing.

Article 50 gets so much attention these days. But the Lisbon Treaty contains numerous other exciting articles. Why not brush up on your knowledge of European Union affairs by memorizing them all? And if you’re feeling particularly optimistic, go straight to Article 49, which outlines how a state can (re)join the European Union. That’s if they’d even want to have us back.

If triggering Article 50 on a sunny day in March is your cup of tea, then why not let everybody know? Obnoxiously drape yourself in a Union Jack, crack a few cans of Amstel, and disgorge yourself onto the streets to sing God Save the Queen at any passing foreigners. Go to a bar and then leave without paying, and tell Basic Fit that you’re ending your membership but plan to keep using their facilities. Rule Britannia!