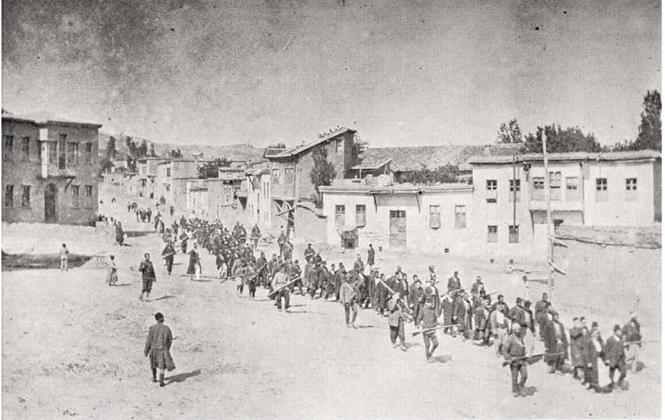 The Dutch Parliament wants to recognize the mass murder by the Turks of Armenians as ‘the Armenian genocide’. This sensitive discussion has been going on for years and under the leadership of ChristenUnie MP Voordewind the government parties now want to say that there was actually a genocide. Presumably, they will get the support from a broad majority of parliament. Parliament does not go as far as to ask the government to take over the term.

Parliament does ask the government to send a minister for the first time in April to commemorate the genocide. That ceremony is in the Armenian capital Yerevan. The government must still respond to this call, but insiders are signaling that this will probably happen.

If you’re totally clueless as to why this is a big deal, then please read up on this article about the Dutch and the Armenian genocide.

This year, for the first time, a government delegation will go to Yerevan. After that, there must be a member of the cabinet every lustrum year.

Voordewind calls recognition a signal for the next of kin of the victims of the genocide and for possible perpetrators in the future. The presence of the cabinet at the commemoration is, according to him, a big step forward and a clear sign that the Dutch government is taking a clear stand on this (finally).

This would seem like a logical way to go, but tons of countries are pandering to Turkey (WTF Israel?):

Voordewind states that in this kind of consideration you should not be guided by what other countries might think: “We are the capital of international law, and we must clearly state things that are really wrong in the world.”

The Relationship with Turkey

The relationship between the Netherlands and Turkey has seriously cooled since the events of March last year. The Netherlands banned Turkish ministers from campaigning for a Turkish referendum here and Turkey denied the Dutch ambassador access to the country.

Last week, Minister Zijlstra, who has now stepped down, announced that the Netherlands is officially withdrawing its ambassador in Turkey because there is no solution yet for the conflict between the two countries.

Previous articleElecting a mayor in the Netherlands – will we have one?
Next articleWas Jack the Ripper Dutch? Study says he might have been a Dutch sailor