Geert Wilders’ Freedom Party™ is brought to you in part by Gatestone, Horowitz and the MEF

Last Wednesday the New York Times posted an article that took an in-depth look at the campaign contributions made by U.S foundation’s to several European parties, including Front National, the AFD and the Freedom Party. As it turns out, taking our country back from the European Union and immigrants mixes quite well with foreign influence and money in our national election process.

The Freedom Party, otherwise known as the party your alcoholic uncle calls the single greatest political movement since the French revolution, has been taking quite a bit of money from foreign contributors according to a New York Times article. The article mentions several contributors to European right wing nativist parties, parties which ironically hate it when institutions and people fuck with their sovereignty. So in the spirit of transparency let’s examine the three contributors mentioned by the article, and be dazzled by the hypocrisy of the Freedom Party once more.

Instead of you know, their photoshop-skills: 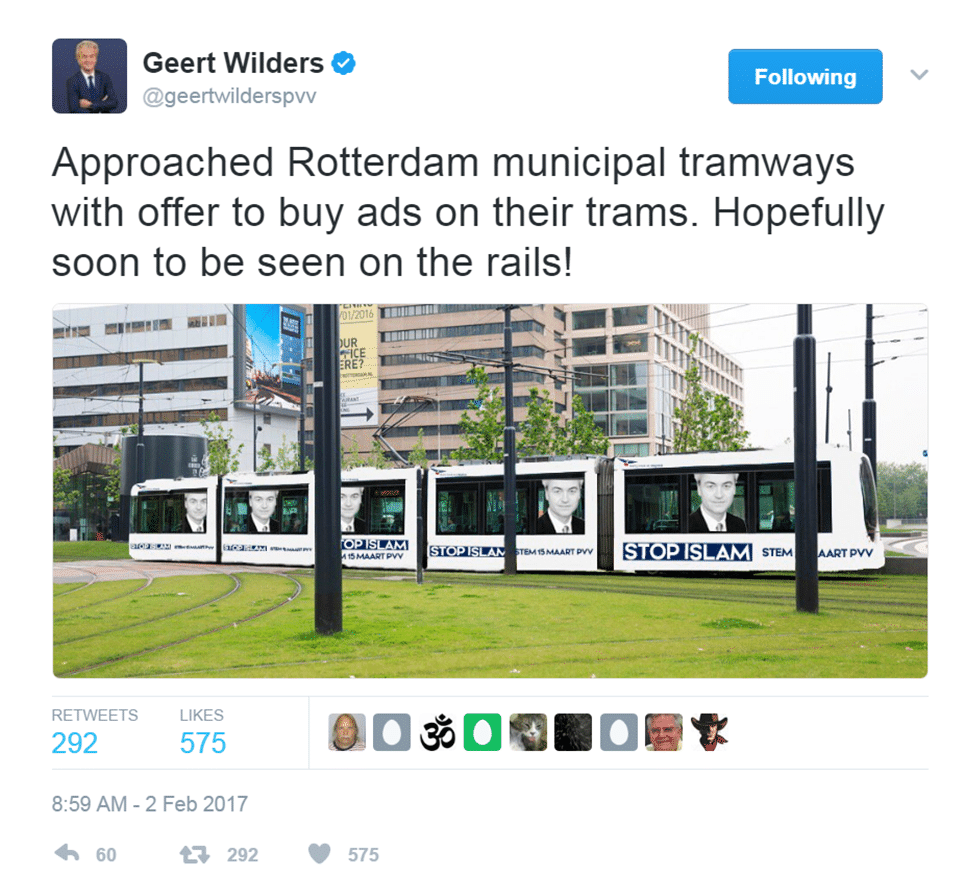 So who are these contributors and what did they do?

First let’s take a look at the Middle East Forum. The MEF is an institution that ostensibly works to “promote American interests in the Middle East”. Apparently the Netherlands falls within the Middle East now, something I’m sure those holding pro-Nexit views will appreciate greatly.  The New York Times notes that;

“…the Middle East Forum, provided money in the “six figures” to help pay legal bills in Mr. Wilders’s trial over the film, but specifically to a legal fund, and has not provided political support.”

However the Dutch Freedom Party is essentially a one man party, its only member being Geert Wilders. Wilders himself called the trial a “sham”, “completely political” and compared the court system to one in a “banana republic”. Thus the argument can, and hereby will, be made that this donation absolutely falls within range of political support.

The New York Times mentions David Horowitz, who contributed “roughly 150.000” to Geert Wilders over a two year period. David Horowitz is the author of such enlightened books as “Hating Whitey and Other Progressive Causes” as well as “How Obama Betrayed America….And No One Is Holding Him Accountable”. He wrote some fantastic drivel that could’ve come straight out of the mouth of Alex Jones, for instance when he talks about the internal Islamic threat the U.S faces; “America can win a war against any external foe. Consequently, it is the war at home that will ultimately decide America’s fate,”.

Finally there is “Conservative Thinktank Gatestone” (Read; Conservative Thinktank which consistently yells “GTFO Muslims!!11” at the top of its voice). Gatestone, which, among other less savory activities, consistently mistranslated Swedish articles on crime to perpetuate the idea of “no-go zones” and presents it as news. I’m not even going to go deeper into Gatestone apart from this single quote which is currently featuring prominently on their Dutch subsidiary website as the title of an “article”; “Servants of their own destruction, are Palestinians victims or actors?”. Three guesses which one they settled on. The winners gets to fuck off back to their own country.

At this point hypocrisy has become as much as a staple of the Freedom Party as their Islamophobia. They want to get rid of the EU as it is foreign meddling in their sovereignty, but have no issues taking foreign contributions which is actual foreign meddling in our election process.

Previous articleNetherlands second! Trump finally responds to the Netherlands
Next articleUNPRECEDENTED – No landing permitted for the Turkish foreign minister Cavusoglu