Three things about the new US ambassador to the Netherlands: Pete Hoekstra 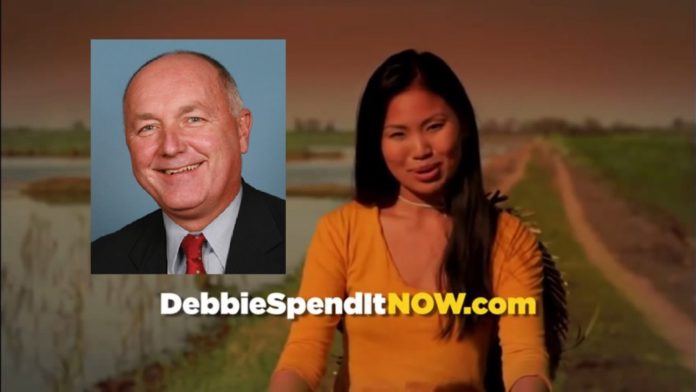 Who is the new US ambassador to the Netherlands: Pete Hoekstra?

It’s been a while since Donny Trump thought about his third favorite country in the world: the fantastic Holland! But finally something did happen on the orange-front, Trump nominated a new ambassador to the Netherlands! He’s even got a Dutch name, Pete Hoekstra, so this must be good news right?

A humble first look at our new US ambassador to the Netherlands: Pete Hoekstra (seems like a different century when we wrote about his predecessor).

#1 Pete Hoekstra is from the Netherlands and loves Groningen

Like so many others from Michigan and its neighboring states (shout out to our fans there!), Pete Hoekstra is originally of Dutch descent. When he was three years old he emigrated, obviously with his parents, from the fair city of Groningen to US.

Reportedly he still speaks a bit of Dutch and is still very fond of Groningen (just like us, read about it here and here).

A quick look at his Wikipedia-page and twitter-feed shows us a few things. He’s got a political science degree (better than just being related to Trump) and tweets a lot about international relations and radical Islam, lately, a lot of his attention has been going out to the rift in the Middle East with Qatar and Saudi-Arabia.

ME countries cutting ties w Qatar is a big deal. Is this a sign of more positive change coming in fighting radical Islamic terrorists?

His voting record is largely conservative which is consistent with his congressional district and we normally would respect such a thing. However, there are some substantial indicators that he’s also very anti-gay – so let’s see how that works out (not particularly looking forward to it though). He also fumbled with a weapons of mass destruction story, just like the rest of America in those days.

In 2012 Hoekstra campaigned for the Senate against a Democrat named Debbie, of course, we’re used to some ‘peculiar’ political commercials from the US of A, but this #Debbiespenditnow ad is something ‘special’. We can’t believe we missed out on this one until now, judge for yourself:

Yeah, looks a bit racist right? Well, that’s what the rest of the civil world thought that as well. Especially when word got out that they used the tag ‘yellowgirl’ in the source code of the accompanying website. This sparked a fair bit of controversy in the US, in what was also a very ineffective campaign in the end by Hoekstra.

Luckily, there was some good coming out of all this – namely this Funny or Die sketch (not sure if it’s actually funny btw)

So that’s it for now about the new US ambassador to the Netherlands: Pete Hoekstra. I honestly started research for this article this early morning with an open mind, but I’m not very happy with what I found out. What do you think of the man? Anything I missed – feel free to pitch in!

Previous article
What to do with returning jihadis to the Netherlands?
Next article
5 Tasty Hotspots in Rotterdam