UNPRECEDENTED – No landing permitted for the Turkish foreign minister Cavusoglu

Cavusoglu was planning to have a rally in Rotterdam at the Turkish consul’s house, after having no options for a public place anymore. The Dutch government already said he wasn’t welcome multiple times, but said that would allow him because he was still a minister of a ‘NATO-ally’.

#BREAKING Erdoğan says “Netherlands should now think about how their planes will land in Turkey, they are Nazi remnants, fascists” pic.twitter.com/YIdY2tomV7

Who needs enemies when you have Erdogan as a friend?

Cavusoglu and other Erdogan cronies time and time again proved that with friends like this you don’t need enemies. Culminating in Cavusoglu threatening this Saturday, before departing, with heavy political and economical sanctions to the Netherlands if he wasn’t allowed to enter the country.

But the Erdogan-fanboys gambled too much this time, underestimating the backbone of a Dutch politician on the electoral campaign trail. Mark Rutte now scores a moral victory at the cost of foreign relations, showing that a Dutch politician can have a spine – but only when it’s election time.
Here’s Mark Rutte’s statement, still quite a calm one: 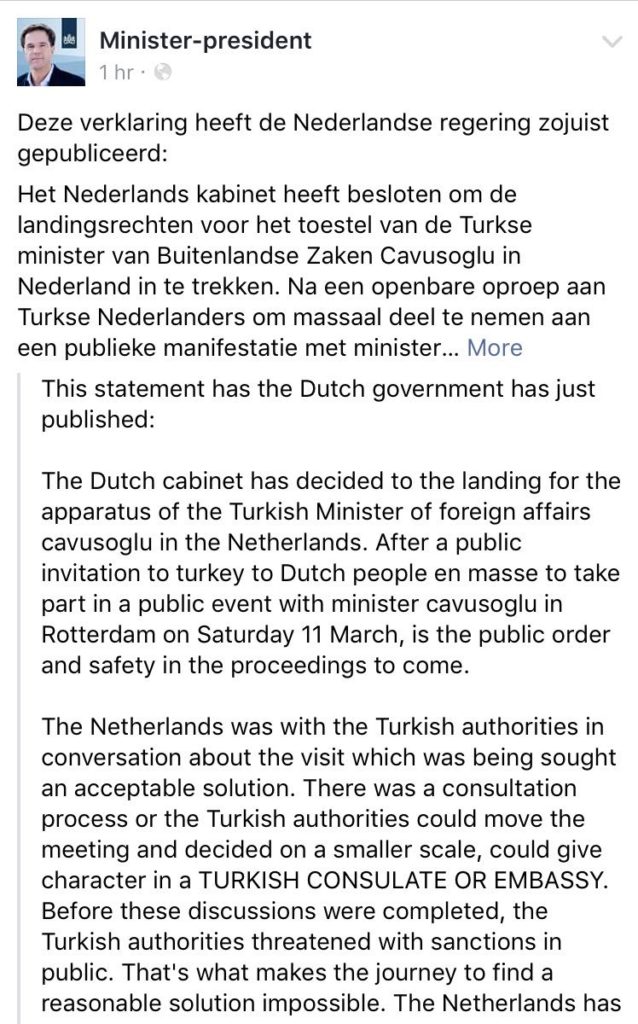 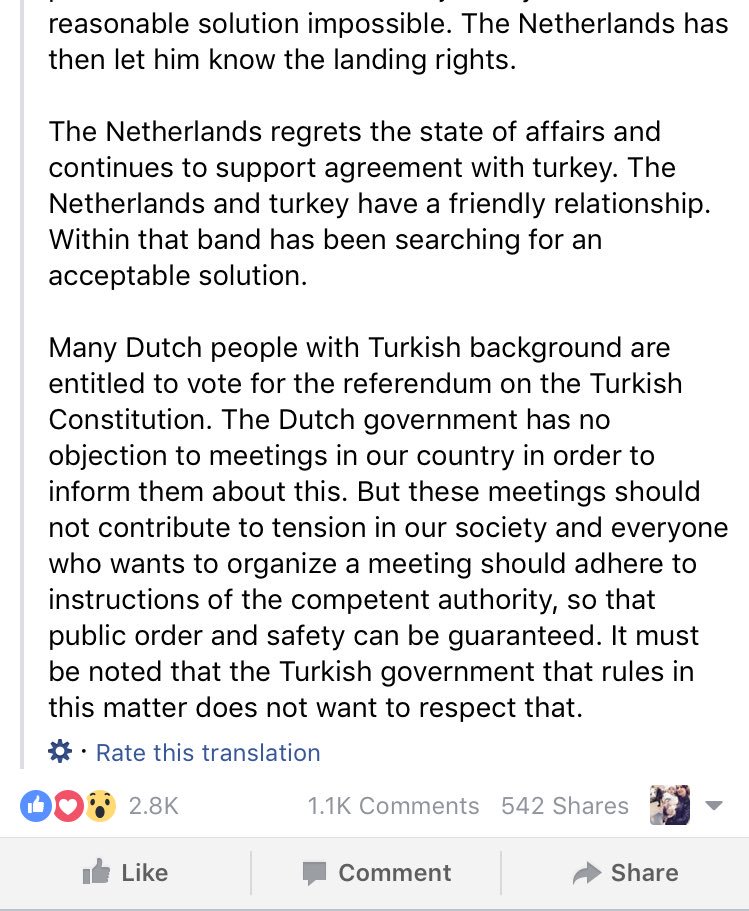 Previous article
Geert Wilders’ Freedom Party™ is brought to you in part by Gatestone, Horowitz and the MEF
Next article
Elections 2017 – Go Vote! or: How I Learned to Stop Worrying and Love the Multiparty System

Due to a lack of new employees, Schiphol airport may find itself forced to limit the number of travellers departing...