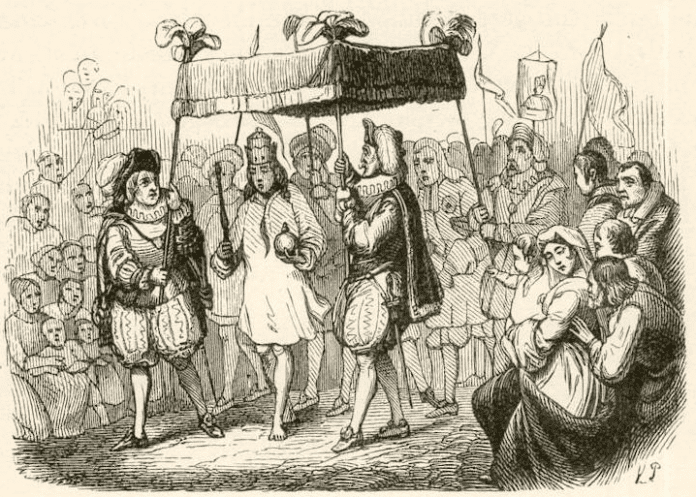 Jesse Klaver has apparently decided to try to broaden the appeal of his party. How? By winning over the mythical ‘gewone Nederlander’ (‘ordinary Dutch person’).

We all remember Jesse, right? He who became a minor progressive celebrity with international appeal around election-time last March. He whose party (GroenLinks) won over a largish section of the population, especially the highly-educated and under-35s, with appeals to inclusiveness, fair wealth-distribution, and clean energy. He who, post-March 15th chose to step out of coalition-talks over sticking-points regarding migration.

Now, Jesse is talking about his following as a ‘movement’ and he wants that movement to grow. His plan involves winning over those with less formal education, those from ‘normal’ places in the Netherlands (i.e. not the big, central cities), according to an interview with NRC Handelsblad. All while maintaining existing support.

The Silent Motor of the Netherlands

Jesse Klaver says people with less formal education are the ‘silent motor’ of the Netherlands and suggests they also the silent majority. He says the difference between the highly educated and the less-educated is not significant.

His new tactic involves targeting this O.D.P. How? Well, among others through ‘small-scale tours around factories, football clubs’ and construction sites. An old-fashioned tactic, personal and personable. No doubt supplemented by social-media posts, hashtags, and video-sharings.

So, GroenLinks wants to appeal to the O.D.P.s and have an O.D.P.-‘movement’ come together in The Hague, around 18 September 2018, as a show of strength to the government. To highlight issues faced by the O.D.P.s (not just the financial elites).

What are we to make of his plans?

Identity politics and the cult of the ‘gewone Nederlander’

Klaver said in the interview that ‘identity politics in the Netherlands involves shutting people into their own group’. It compartmentalises and is constrictive. So, he wants to move away from that.

Fair enough. Obviously, I like the idea of groups listening to each other more. Of highlighting similarities instead of compartmentalising people based on (imagined) differences.

But the idea that you can escape from issues of identity is misguided (and often unnecessary). Identity is used in politics, on both left and right.

This really gets my gripe. Because: How on earth is Klaver’s idea, of approaching the ‘Ordinary Dutch Person’, not exactly a matter of identity-politics? He even tells us where we can find O.D.P.s. So this is a group of people, instantly recognisable by their occupation, hobbies, and habitat? Instantly compartmentalised?

To be fair to him, Klaver is not alone in using the phrase ‘gewone Nederlander’. Buma of the CDA, the delightful Mr. Wilders, Prime Minister Rutte…they all talk about ‘ordinary’ Dutch people like some tangible gold-standard, or encourage us to ‘act normal’ (in Dutch, ‘doe normaal’ is a favourite response that often functions as a put-down, when someone threatens to disrupt some sort of ‘order’ in almost any way).

But who is ‘ordinary’? What is ‘normal’? Will Jesse Klaver eschew hockey clubs, on his small-scale tours? What about basketball clubs? Netball? Rugby? How much may an O.D.P. earn? How many children may they have? How may they look? Should they be caucasian? May they have a Moroccan father (like Jesse himself)?

Obviously, I don’t believe GroenLinks’ Ordinary Dutch Person looks like Wilders’. But the left keeps distancing itself from important issues. Jesse Klaver is hoping to ride the populist wave.

Let’s not buy into the fantasy. ‘Identity politics’, ‘gewone Nederlander‘…they’re catch-all terms. These phrases are popular because everyone understands them differently. Those who use them neither want nor need to define them. Mentioning ‘identity politics’ summons everyone’s personal bogeyman. The term ‘gewone Nederlander’ repels that bogeyman.

Such terms mean nothing, because they can mean anything.

So let’s take a step back. Perhaps, he doesn’t want to discuss identity now, because he’s tired of everyone analysing his identity. His carefully-crafted image and charisma. How he was inspired by leaders like Canada’s Trudeau or US America’s Obama. The resultant suggestion being (intended or not), that he has none of his own.

(On the flipside, he’d be the perfect poster-boy for eschewing ‘identity politics’ if he’s seen to have none…hmmm.)

But that’s harsh. Probably, Jesse Klaver ‘doesn’t want to talk about identity’ because it’s not fashionable with the group he’s trying to attract. He wants to appeal to them by buying into the populist idea that ‘identity-issues’ are non-issues.

Which is akin to calling almost every (social) issue a non-issue. It’s analytically lazy and dismissive. Possibly arrogant and (willfully) ignorant. Can’t we do better?

Yet, they likely won’t be convinced by other core GroenLinks-issues anyway (at least, not those who aren’t already GroenLinks-fans). So attracting them will be tough.

I’ll speak for myself. Assessing Klaver and GroenLinks involves a meandering journey for me, emotionally and rationally. It starts negatively. I already didn’t believe Jesse Klaver had much substance, and when he flip-flopped out of coalition talks, even less so.

But this idea is ambitious and sounds…really nice.

So. I start to believe. Admiration for GroenLinks. At least they’re trying. And Klaver seems flexible in his approach. I like that.

But he also says he ‘isn’t going to change tone just because it would work better for the electorate’. I.e. he wants to maintain integrity. Well, he’s in politics. It’s difficult – you have to be both adaptable and ‘real’ (whatever that means).

Yet, in the same interview he explicitly states he’s going to focus less on identity, migration, and other ‘socio-cultural topics’, because ‘otherwise the right will win’.

It says GroenLinks wants to shift focus towards ‘money and the power of the corporate sector’ instead.

Ok but…isn’t that changing tone to appeal to the electorate?

This project is, at best, very long-term. It might create more division and alienate existing GroenLinks supporters. At least this puts GroenLinks back in the news. But I worry the left is caving to unreasonable criticism, not standing against it. Giving up through gimmicks. And I worry Klaver’s new approach isn’t constructive, effective, or realistic.

Without the energy of election-years, I think it will fizzle, then fail.

Previous articleFinding an Apartment in Amsterdam- 5 tips to get you started
Next articleDutchReview Visits: Bergen in Noord Holland