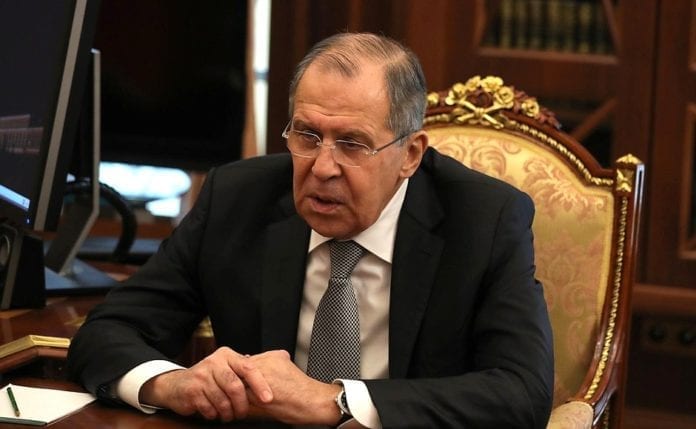 Russian Foreign Minister Lavrov has said at a press conference that there was nothing secret about the Russian specialist trips to The Netherlands.

Lavrov says the Russian specialists were on a routine trip

Russian Foreign Minister Lavrov said at a press conference on Monday that the four Russians did not operate secretly. He claims that there is a misunderstanding in the Netherlands.

Big Russian cyber attack against the OPCW in The Hague

Last week it was revealed that on the 13th of April, the Dutch military intelligence service MIVD prevented a hacking attack by the Russian secret service at the OPCW, the chemical weapons watchdog organization in The Hague. The Russians would have tried to hack the OPCW’s Wi-Fi network. Four Russian officers who were involved were deported the same day. Their mission was to gain insight into the international investigation into the MH17 disaster.

When the four Russian “specialists” came to the Netherlands on a “routine trip”. Nothing secret there, according to Lavrov. pic.twitter.com/NRWGKWrPDO

Honestly, at this point we just have questions about their fun, little routine trip. Did they get to try some bitterballen? Or maybe some herring? Did they have a  proper lads’ night in Amsterdam? Or did they have a nice walk by the beach in Scheveningen? We just really want to know how their oh so normal trip to the Netherlands went! But most importantly, how is Putin taking it?

How do you feel about Lavrov’s claims? Do you think the Russian specialists were here just on a routine trip? Let us know in the comments below!

As predicted, outgoing Minister of Health, Hugo de Jonge, has announced that there will be further relaxations on Dutch coronavirus...

As predicted, outgoing Minister of Health, Hugo de Jonge, has announced that there will be further relaxations on Dutch coronavirus measures from Wednesday. Rutte...

While thousands of people in the Netherlands attended pro-Palestine protests on Sunday, the country's prime minister has given a somewhat confusing response. Rutte has...

In the latest press conference, Prime Minister Mark Rutte announced that if there are 20% fewer coronavirus infections in Dutch hospitals, the Netherlands will...
Current Month