No NEXIT! EU elections exit polls suggest no real support for Nexit in the Netherlands 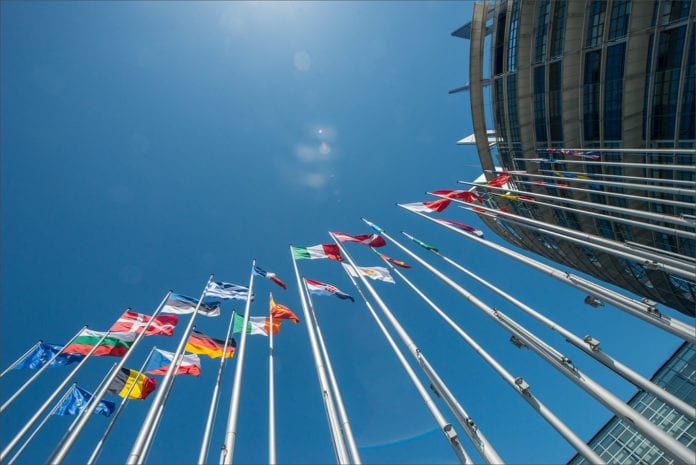 Exit polls carried out by Ipsos for NOS were published Thursday evening. PvdA, a pro-European party led by Frans Timmermans is expected to win 18.1%, double the votes than five years prior. Eurosceptic parties have lost support, suggesting no significant support for Nexit and a pro-European stance for most of the Dutch.

Dutch voters not sticking to the #narrative by making the social democrats (yes, the same ones who lost three quarters of their seats in 2017) the largest party according to this exit poll. https://t.co/LCgm3wlREp

The PvdA, the party expected to win the EU election, won five out of 26 seats (projected that is, still talking about exit-polls). The party is ahead of Prime Minister Mark Rutte’s liberal party (VVD) which came second with 14 percent. However, Rutte’s party (VVD) rose from three seats in 2014 to four seats currently.

Along with VVD, the Christian Democrats (CDA) shared the second place and is also known as relatively pro-Europe. The CDA is currently the biggest Dutch party in the European Parliament with five seats but is expected to lose at least one seat.

The Green party led a European Commission presidential candidate, Bas Eickhout, are expected to win three seats, up from two in 2014.

D66 and the PVV lost the most votes. The socialist-liberal Democrats (D66) lost half of their votes, ending up with only two seats.

When asked how he felt about the liberals coming ahead, Prime Minister Mark Rutte says he is happy that the Eurosceptic party FvD is “not the largest”. He says, “Above all, I am very much in favor of a vision of Europe. There is still a great deal wrong with the EU, [but] in order to keep the Netherlands strong, you have to remain part of the EU, and this has, in any case, led to a profit for my party”, reports POLITICO.

No support for NEXIT

With a win of a progressive and pro-European party such as PvdA it seems as if a majority of the Dutch are refuting nationalistic sentiments. A rise of eurocentric parties on the left suggest no support for Nexit in the Netherlands. On the other hand, eurosceptic parties are losing popularity. Geert Wilders’ far-right Freedom Party PVV was the biggest loser, losing three of its four seats. This loss seems likely to be caused by the Dutch people’s fear of facing an EU referendum like in the UK.

Accorting to nu.nl, pro-European parties PvdA, VVD, CDA, GroenLinks and D66 are expected to have eighteen seats in the European parliament. On the other hand, the Dutch eurosceptic parties Forum for Democracy, PVV and SP are expected to only have five seats.

In addition, polls confirm the Dutch want to remain in the EU. According to the NL Times., only 15 percent of people believe that the Netherlands should leave the EU. Five years ago, this was at 25 percent, a massive decrease. Around 65 percent of people said they wanted to remain in the EU. However, around 69 percent want to see the EU grow even stronger because of international tensions.

The Netherlands and the U.K. were the only EU countries to vote for the European Parliament election on Thursday. Other countries will vote on Sunday and the results will be released that same evening.

What are your thoughts? Did you vote? Let us know in the comments, below!

Previous articleElection mess: Many Dutch in the UK refused an EU vote at polling stations and some Brits in NL never received their postal vote
Next articleHello sunshine! It’s going to be a sunny and warm few days in the Netherlands