5 weird things about the upcoming municipal elections in the Netherlands 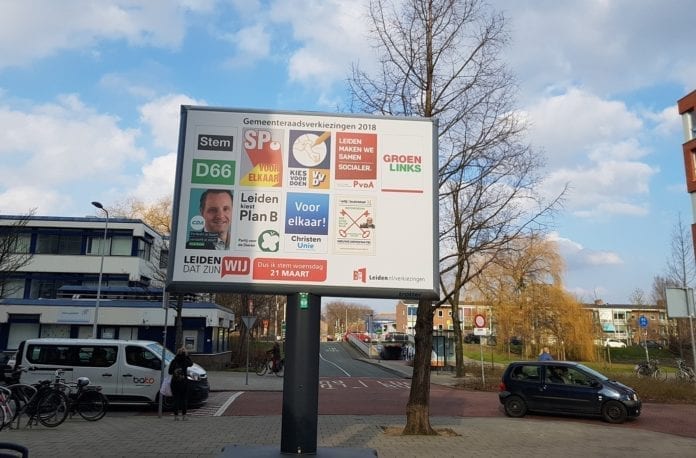 Ah, election time in the Netherlands. A time we are all bombarded with election news and being hassled at the train station “PLEASE vote for us!” Well we bring you a different kind of election news to brighten up your day. Here are 5 weird things about the upcoming election.

In Amsterdam, the VVD campaign, which involves leaving flyers all over the place and on people’s cars, hasn’t gone to plan. People have complained that they have stuck to their windscreen. It even damaged a guys new car, with green ink leaking all over the car and leaving a VVD imprint on his windscreen.

Well that’s one way to get noticed – of course they’re going to get compensated. Probably going to lose a few voters for that one still though. ;).

Terrible election slogans, such as “SO FREE! Like a Strawberry” ‘Zo VRIJ! Als een aardbei’ and “Less tax, more bitterballen” ‘Minder belasting, meer bitterballen’ are just some of the slogans being used in the campaign.

These delights, coming from an independent party and the VVD. What does this even mean? Are we all going to pay less tax and get free bitterballen in return? Seems like a plan…I guess.

Like Brexit and the Trump campaign, ‘smart campaigns’ are being used a lot more than usual. Targeting certain members of society using social media data. If you like Tennis chances are an advert for the VVD has come up. Smart campaigns have still not been used as much as some elections in other countries, so hopefully, we wouldn’t see another Brexit/Trump s**tstorm. But it’s still kinda creepy that our data gets used so much to target us with information such as this.

In the Netherlands far-right party ‘Forum for Democracy’ bragged about using Cambridge Analytica’s services. Miraculously came from nowhere in 2016 to outpace all other political parties in social media popularity. https://t.co/cjnl95AXN9

Like Pacifist Socialist Party nude poster in 1971, the Piratenpartij has gone down a similar route, showcasing a completely nude man, penis and all. Funny thing is, Facebook took it down because it didn’t follow their community standards. Oh, the Dutch. Well, it certainly gets you looking.

5) Clever (or not) placed posters

Political posters continue to entertain… (but not nude ones this time). You might need to understand a bit of Dutch to get this one, but what it’s basically saying is go forward with D66 and the other poster encourages you to go ‘left (wing)’ with PvdA. Interesting placement of the posters. So you have a choice of going forward into the canal or just turning left. That’s what it means, right?

Previous articleMuseum Rotterdam: Find out about the Heart and History of the City
Next articleSunny Netherlands for the next week (and it’s not freezing either)!