Election mess: Many Dutch in the UK refused an EU vote at polling stations and some Brits in NL never received their postal vote 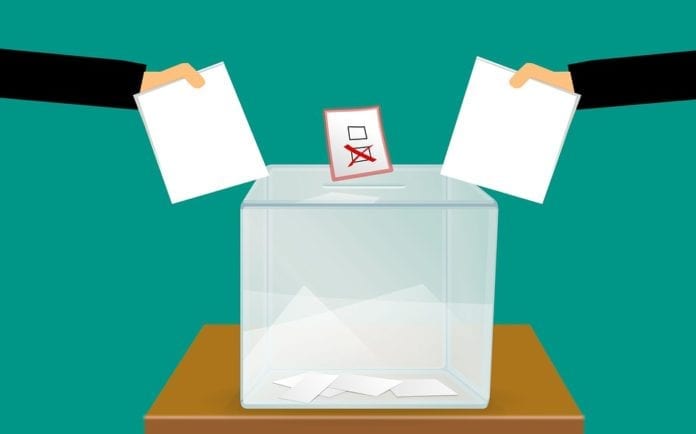 A mess up in the UK has meant that many Dutch people, along with other EU citizens living in the country were unable to vote yesterday. Some Brits living in other EU countries never received their postal votes, so couldn’t vote either. Can the mess really get any worse?

The UK is yet again in the spotlight when it comes to anything EU related. This time it’s due to errors which have meant that some EU nationals in the UK and some UK nationals living in the EU have been unable to cast their vote. It’s not yet known just how many people have been affected by this, but many people have contacted the BBC to let them know what’s happened. According to the BBC, this is in the thousands.

Some Dutch nationals, along with other voters from EU countries were turned away from polling stations yesterday. In order to vote as an EU citizen, you have to fill out a UC1 form, however, according to the BBC, many of these forms did not arrive in time or were not processed fast enough by their local authority. This meant that once they arrived at the polling station they were unable to cast their vote.

British people weren’t having much luck either…

According to The Guardian, many Brits living in the EU did not receive their postal ballot papers in time. Some arrived very late, which has meant that many of those votes would not arrive in time to be counted and some just never arrived full stop. For some reason, PostNL and Adare SEC were involved in the sending of some of these ballots, where it was shipped via the Netherlands. (I was not surprised at this, I’ve had sooo many bad experiences with PostNL, you cannot believe). Why the UK decided to do this is anyone’s guess.

Why has this even happened?

Well, considering the UK has been threatening to leave the EU for months now (years even), the country just wasn’t equipped with dealing with the big organisation of prepping for the EU elections. In my opinion (being a Brit myself), I think that this was incredibly naive of the British government to assume that we weren’t going to have to take part in the EU elections. It was clear to see that disagreements within parliament were going to cause a big delay very early on and more preparations should really have been made just in case this did happen.

As a result, many people have not had their voices heard and understandably it’s evoking a lot of anger. How this would have changed the final results, no one will ever know.

Did you have any bad experiences with voting? Let us know in the comments!

Royal same-sex marriage: a Dutch question to be answered

In a 2000 governmental 'stance', an heir of the Dutch throne should give up the throne if they want to...

Royal same-sex marriage: a Dutch question to be answered

In a 2000 governmental 'stance', an heir of the Dutch throne should give up the throne if they want to marry a same-sex partner....

Listed as an unwanted species on the EU's list, Asian hornets were spotted in 16 locations in the Netherlands, posing a serious threat to...

The supermarket chain Jumbo is due to open 200 new “chat counters” in 2022 — cash registers for people who aren’t in a hurry...
Current Month