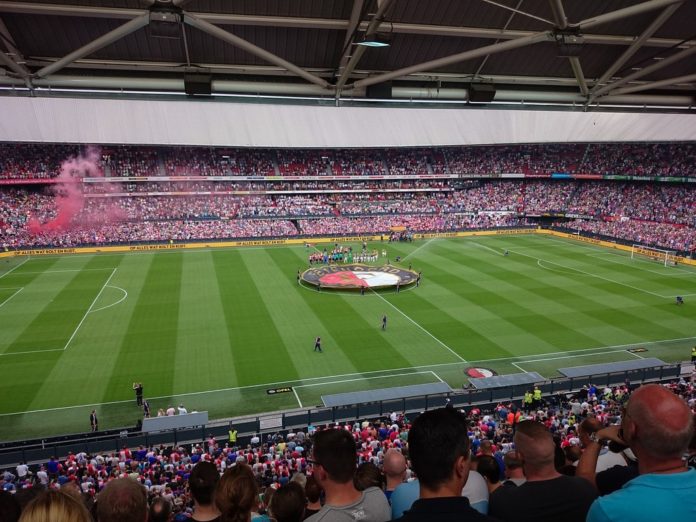 Most of the time when ADO Den Haag fans make the headlines it’s not something positive. Same goes for supporters throwing stuff from their places in a stadium. However this afternoon at the Feyenoord – ADO game in the classic stadium ‘De Kuip’ in Rotterdam, ADO fans stole the hearts of the Dutch (and now the world as well) by throwing stuffed animals at the seats below them.

The moment when I got ‘kippenvel’:

What was the story?

In the buildup to the match, ADO-supporters were encouraged to bring soft toys to throw at the children from Rotterdam’s Sophia Children’s Hospital, the oldest children’s hospital in the Netherlands, who walked on to the pitch with the teams before the kick-off. Although everybody knew it was coming in the 12th minute, great positive emotions were felt by many and many grown men had to wipe away a little tear.

Feyenoord won 3-1, with the grand old Dirk Kuyt scoring for Giovanni van Bronckhorst’s side, who are top of the table after winning all five of their opening matches. 36-year-old Kuyt celebrated his goal with a ‘dab’ celebration.

Dirk kuyt is dabbing what is the world coming to ? pic.twitter.com/0yytnXrKQN

There might be more dabbing happening very soon in the Feyenoord stadium since they’re playing Manchester United upcoming Thursday in a cracker of a match for the UEFA cup. Paul Pogba better brace himself for good old Dirkie Kuyt 😉 – Let’s just hope both sides of fans can come near to the positive vibe that was given today by the ADO fans!