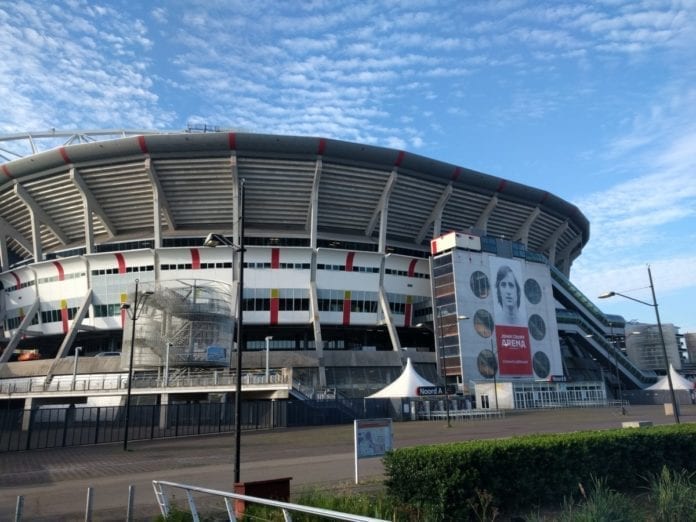 Amsterdam is heartbroken. Ajax has not made it to the Champions League final after a dramatic loss against Tottenham on Wednesday evening.

Despite Ajax being in the lead during the first half by 2-0 and 3-0 on aggregate, Tottenham came in strong for the second half. Lucas Moura scored two goals for Tottenham in the second hand, in the space of 5 minutes.

At this point, Ajax still had a chance of making it to the final. However, unexpectedly, in the 96th minute of the game, Lucas Moura scored another goal, sending Tottenham to the final for the first time.

Ajax coach Erik ten Hag told NOS it was devastating getting so close to the final. He says, “Cruel. That was it today. We had a fantastic European campaign and we also did a fantastic job in this diptych. We were almost there. But the dream is falling apart.”

Ajax captain Matthijs de Ligt has called it a nightmare but says they deserved a win. He says, “If you watch the entire game, you know it was not fair to be eliminated. The second half, I do not know what it was. We give away the goals very clumsy”.

This dramatic turn of events has left newspapers talking. AD argues Ajax was phenomenal at the start but was “napping” at the last minute. AD writes, “The European season was so beautiful and exciting. But now there is a gigantic hangover”.

Nu.nl argues Ajax had to deal with a major setback. They write, “David Neres, who was already a small question mark because of complaints that he had left at the cup final, still dropped out in the warm-up and was replaced in the base by Kasper Dolberg”.

The Guardian says it seemed like Mauricio Pochettino and his players would lose until the ball came the way of Moura. They write, “It was their final chance of an epic, lyrical night. And the ball was with the right player”.

The BBC calls Lucas Moura the man of the match. They write, “The former Paris St-Germain player will go down in Spurs folklore after his remarkable hat-trick booked his side a place in the final”.

After the elimination of Ajax from the Champions League, fans were unsettled and angry. Nu.nl reports that dozens of fans were arrested last night. The police carried out a total of about 30 arrests during the evening. There were various violent incidents reported.

According to Het Parool, A Tottenham fan who was cheering after the winning goal was beaten by a group of AJax fans in a café in Ferdinand Bolstraat. The man was hit several times in the head and fell unconscious on the floor. The police and emergency services were quick on the scene to help him.

However, were also cheerful celebrations happening around the city, not just riots and violent behavior.

They say May 8 is cursed in Ajax history. With last night’s turn of events, it’s not that hard to believe. Ajax played a final six times on May 8 in 1977, 1988, 1994, 2011 and now 2019. According to the Telegraaf, one of the most painful moments was on May 8, 2016, in a tie against De Graafschap that caused them to lose the league title. It seems like last night might have been more painful, however.

Ajax might be out of the Champions League, but there is still a lot to look forward to for the team. There are still two more rounds in the Eredivisie. It will play FC Utrecht on Sunday and three days later it will play De Graafschap.

Did you watch the game? Do you think Ajax deserved to win? Let us know in the comments, below!