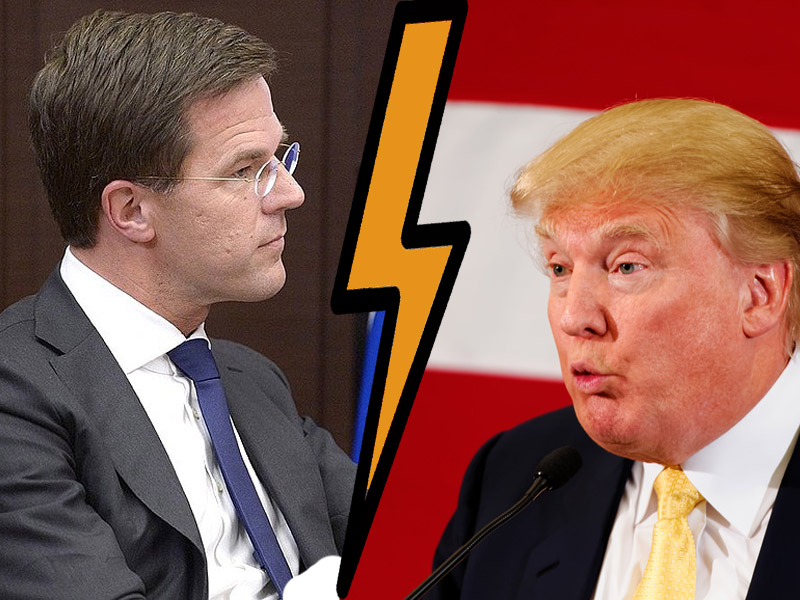 The Rutte – Trump meeting is today, and will take place at the White House. The meeting was first announced at the beginning of July, and it was later on confirmed that the two will officially meet on the 2nd of July. Here is what many believe will be discussed today in this meeting between Trump and Rutte.

Trump and Rutte are meeting today to discuss the trade dispute

One of the reasons for the meeting today is to discuss the trade dispute between The Netherlands and America. The U.S. and the Netherlands have been important trading partners for each other for decades. Almost 60 billion dollars of American goods and services are exported to the Netherlands every year. However, with Trump’s recently introduced taxes on steel and aluminum from Europe, the relationship between the two countries has started to falter. In response to Trump’s decision, Rutte responded by stating that the American levies are “very unwise” and “harmful to the world trade system”.

In regard to today’s meeting Rutte has announced that he will raise these trade questions during his meeting with Trump. However, he explicitly noted that he will not be doing it as a messenger for other European leaders.

ARE YOU MARK RUTTE?? pic.twitter.com/dVcpugOQzm

Another reason why Trump and Rutte are meeting today is to discuss the Muslim travel ban that is currently in place in the U.S. This is a concrete concern for The Netherlands since the U.S. has its own customs personnel at Schiphol airport. This is causing concern among the Dutch, since officials may stop Muslims from going to the US on Dutch soil.

Liberal democratic party D66 has therefore asked Rutte to discuss this important matter with Trump. Chairman Pechtold of the coalition party D66 stated that he
is afraid that passengers from Muslim countries will be separated from each other on Dutch territory on the basis of faith or race. They want it to be clear that the Netherlands does not want in any way to be responsible for the travel ban.

This means that Rutte will have to negotiate with Trump about the American customs officers at Schiphol, and possibly propose different conditions.

The Friendship between The Netherlands and the U.S.

The U.S. and the Netherlands have a long history together. Just last month the White House issued a statement saying Trump ‘looks forward to reaffirming the strong bonds of friendship between the United States and the Netherlands, which reach back over four hundred years.’ According to US correspondent Wouter Zwart, Trump will undoubtedly emphasize that the Netherlands has had diplomatic relations with the Americans for 4 centuries (sounds way better than 200-something years, right?)

Rutte has also stated that he is grateful for the positive relationship between the two countries. He also posted on his official Twitter about the meeting and the ties between the U.S. and the Netherlands.

Tomorrow I will visit president Donald Trump at the @WhiteHouse. The strong bilateral ties between our countries span over 400 years & are founded on shared values and history. During our meeting we will discuss trade and investment as well as shared defense and security goals. pic.twitter.com/VodFoXka4o

What is your opinion about the meeting between Trump and Rutte? Will Rutte have practised his handshake? What else do you think should be discussed? Let us know in the comments below!