The Netherlands is as cold as ice this week! 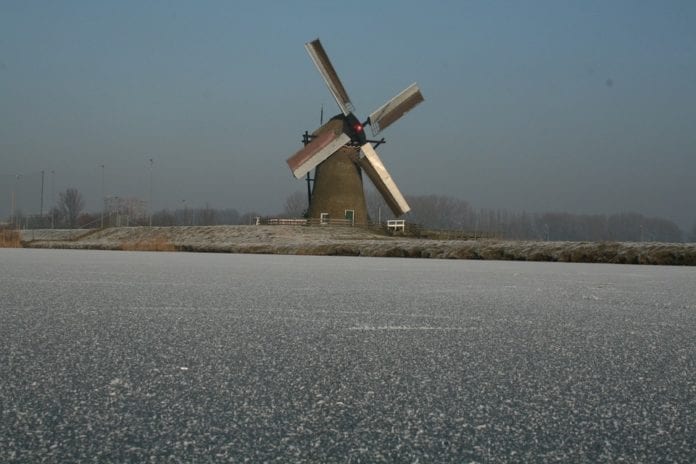 Widespread frost as the Netherlands is set to freeze

Brrrrrrr, it’s getting even colder out here in the Netherlands. But…but…but…it’s going to be March soon, why isn’t it over!? I’m afraid to say, if you hate the cold, it’s set to get colder over the next week and even colder over the weekend and into early next week. There’s going to be a lot of ice, as temperatures plummet to -7. The good news? Absolutely no rain! In fact, clear blue skies almost all week. It’s seriously getting weird now, without all of the usual rain.

Half of the day is gone already, but it’s not set to change too much. Any clouds will begin to disperse and the sunshine will start to break through later on in the day. It’s getting colder too!

Tomorrow is one of the warmest days of the week – so if you’re feeling the chill then you haven’t seen nothing yet! Highs of 5 degrees celsius and lows of -3 on this day. Clear and sunny skies, with a small chance of cloud.

Thursday is a similar picture, with highs of 5 degrees celcius and lows of -3. There is a small chance of cloud and it should clear up as the day goes on, but overall, another sunny day.

Now it’s starting to get even colder as we prepare to reach the weekend. Another lovely sunny, yet cold day for most of us. Highs of 3, with lows of -3.

The weekend is by far the coldest time this week – with highs of 0 and lows of -7. It’s going to be sunny again though, but still, it would be nice to stay in and Netflix and chill with a blanket and a hot chocolate. If you want to be out in the cold, go for it. At least you aren’t going to get wet!

In case you didn’t believe us 😉

We’ll keep ya updated on this – but what we do know is that it’s going to get bloody cold again. Even colder in fact. HIGHS(!?) of -1 degrees celius and lows of -7. Good luck NL – we aren’t used to this.

Previous articleFarting passenger causes flight to Schiphol to make an emergency landing
Next articleWill ice-skating on natural ice in the Netherlands be possible now?

For once, Dutch people are finally going to be excited about rain in the Netherlands. As most of you have noticed,...