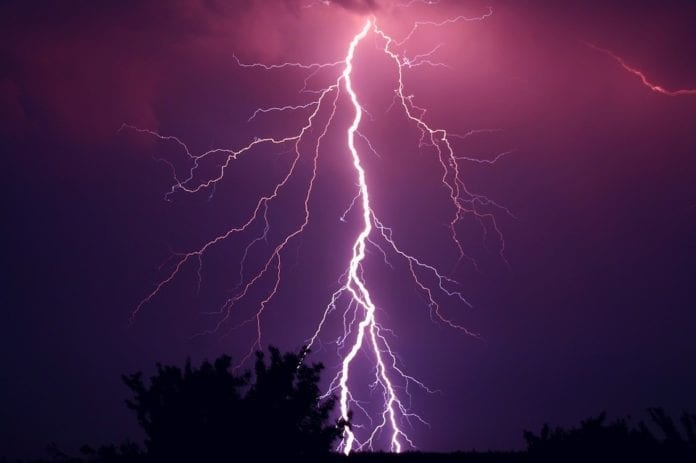 The storm that swept across the Netherlands on Tuesday evening has caused ongoing delays on some train lines, including pulling down trees, damaging homes and a few people were even injured last night.

Yesterday a code yellow warning was issued across the country due to thunderstorms. This was due to hit the Netherlands in the late afternoon, however, for many of us, it didn’t begin until it started to get dark. Just before this, it was actually upgraded to a code orange by KNMI for the whole country. Speeds of up to 90 km/hr hit the country, along with rain and thunderstorms.

It’s certainly not the worst storm we have ever had, but it was enough to cause some damage.

The storm has caused some issues with the trains and these are still ongoing this morning. According to NU.nl these delays are found:

Last night train traffic was affected in other areas and also on the roads due to things blowing onto train tracks and roads, but thankfully it looks like all of that is clear now. Planes were also not allowed to take off or land during the storm, but it all resumed afterwards, says NOS.

Damage by the storm

According to NU.nl, there were reports of fallen trees in Eindhoven, where a tree actually fell on a car with a woman and three young children in it (thankfully they were unhurt). A tree fell on a moving car in the village of Zwartsluis and they needed to be treated by an ambulance. According to RTL Nieuws, four people were injured and one was actually sent to the hospital. Gelderland had many trees fall and in Rheden, dozens of cars and around ten homes were damaged. Ijselland received over a hundred damage reports.

According to NOS, the Deventer fairground attraction is damaged and roof tiles of many houses in the region blew off, including some window breakages in people’s homes.

Were you affected? Let us know in the comments!

Previous articleKLM and TU Delft collaborate to create a unique V-shaped aircraft to save fuel
Next articleHyperloop in the Netherlands: TU Delft unveils their Atlas 02 capsule to the world

This week’s weather: summer for one day

While today’s clouds are forecasted to make room for a bit of sunshine this afternoon, expect a full summer sun...