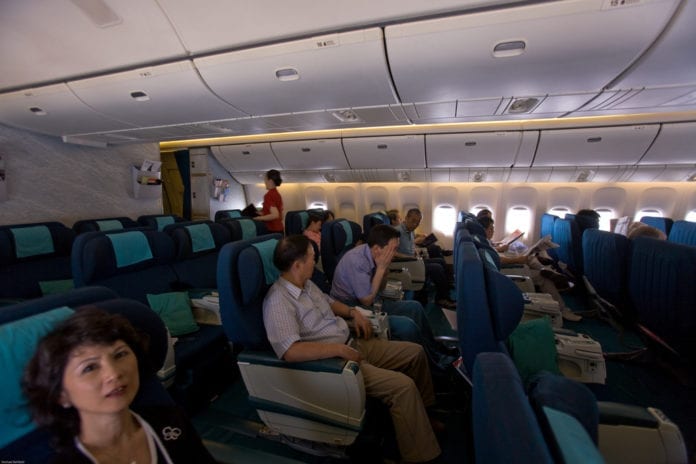 FARTING? Are you sure?

So in the wonderful world of news, we bring you a ridiculously funny story of a plane having to make an emergency landing due to a farting passenger. Yeah, you read it right. Looks as if it’s another Transavia storyline!

All of your faces at this moment

On board a Transavia flight from Dubai to Schiphol airport last week, 2 fellow Dutchies (being blunt as per usual), told a man next to them to stop farting. He failed to do so and carried on farting (when you’ve gotta fart, you’ve gotta fart, ya’no). The airline cabin crew did nothing, when the complaints were made (I mean, what realistically could they do!?) and as a result a fight broke out. The pilot allegedly warned the passengers that if they didn’t stop, they would land. Clearly the Dutchies felt that this matter was too pressing to stop and that’s exactly what happened.

Police at Vienna airport (where the emergency landing was made), removed 4 passengers for disturbing the peace on the flight (watch it here). Luckily, all 4 were released without charge, but are now banned from going on a Transavia flight. After that ordeal, I’ll be surpised if they ever want to fly again.

2 of the passengers are planning to sue the airline, claiming that their involvement wasn’t present and are completely embarrassed by the event. That’s going to be an interesting case for the court – “I did not tell a guy to stop farting.” GUILTY!

At least the guy didn’t have a lighter, eh

Moral of the story: don’t fill your boots with curry before a flight and sit next to a direct Dutchman. Bet those passengers wished it happened on strike day today, and it may never have happened. 😉

If you’re liking this article on DutchReview, what’s keeping you from joining our Facebook-group? (hop hop!)

Don’t forget to share this ridiculous piece of news to make your friends Monday.

Previous articleStrikes at Schiphol, Rotterdam and Eindhoven! Is your flight still going?
Next articleWho’s Your Buddy? American-Dutch Relations throughout Times

This weekend, 10,000 Dutchies stood outside for 30 minutes and counted the number of bees they saw. The result? A...
Read more