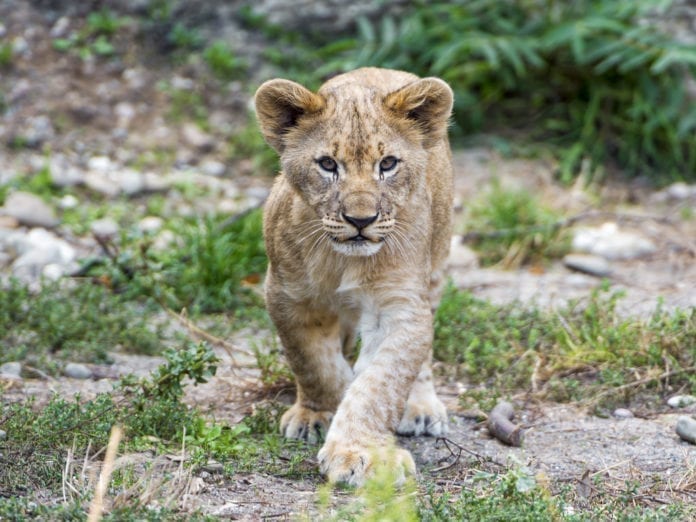 A jogger running through a field near Tienhoven, in the central Netherlands – Utrecht, got surprised on Sunday when he encountered an abandoned lion.

The lion cub – which is believed to be around four months old – was found in a small cage outside of Utrecht (poor thing!)

It was taken to the Lion Foundation in the northern Netherlands after being examined by a vet, it appears to be in good health. Local police have made a public appeal for information on its owner. ‘Normally’ these kind of animals are from circuses.

Vet Peter Klaver told the Nieuws that he was shocked when he arrived at the scene.

“I have traveled all over the world to stun animals, even lions and tigers, but I’ve never experienced anything like this,” he said.

He found the cage was not very sturdy and said the cub could have escaped. “But in the end it was possible to put the lion, the cage and everything into the car, so it wasn’t necessary to stun the little lion”

Police said they wanted to hear from “anybody who had recently acquired a lion” (WTF?) or anyone else who could help with information about this little one.