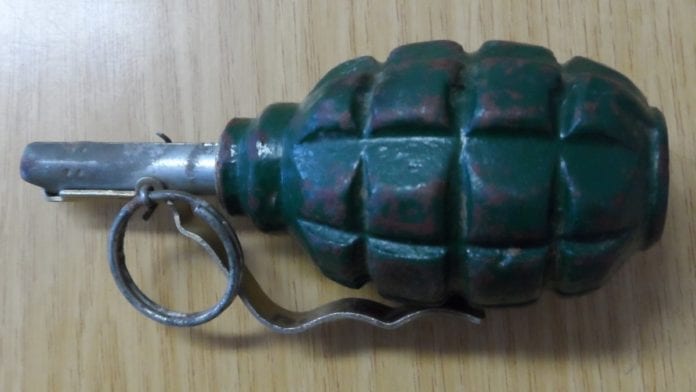 Not your average Thursday morning news…

A man in Venlo finds a live grenade in his own backyard. Yup, you read this right.

Fearing for his life and the safety of others, the man came across the device while gardening in his backyard on Tuesday. It began when he heard a hissing sound coming from beneath the ground. Courageously he rushed to smother it, lying down on the hissing.

He lay on the explosive for upwards of two and a half hours. Thankfully no one was hurt.

As a precautionary measure, two flats in the area were evacuated. Approximately a hundred people had to leave their homes temporarily. Eventually, it turned out to be a high-explosive grenade without further explosives in it. The EOD has begun investigating the grenade. The man was taken to the hospital for medical inspection.

News events like these prompt people to question safety in the Netherlands.

If you have seen or heard something suspicious you can call Politie. NL

What would you do in this situation? Let us know in the comments!

Previous articleBig National Strike is planned for all sectors of education in the Netherlands
Next articleHow safe is the Netherlands? The safety guide to visiting and living in Holland